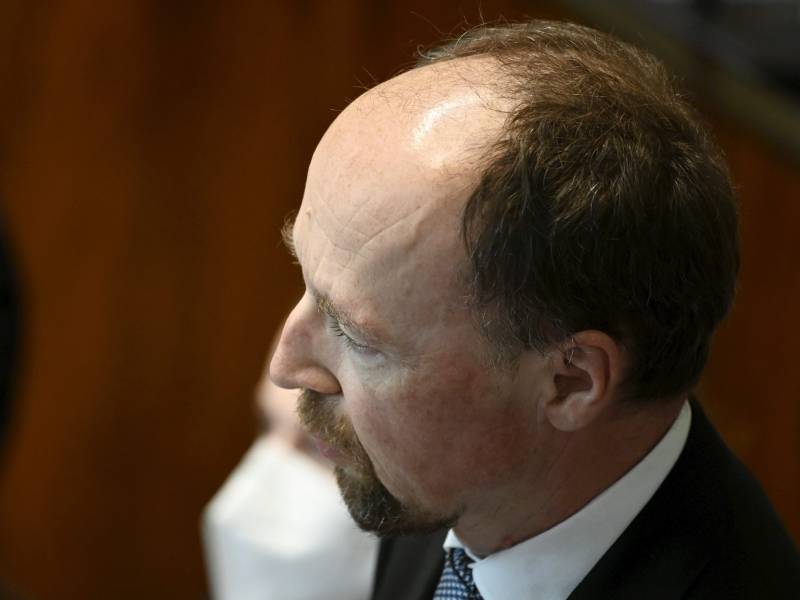 The West, he tweeted, has failed to provide the country the necessary military support over fears that stem from misguided assumptions about the risk of escalation.

“Russia is bombing Ukraine with missiles and deliberately choosing to target civilians. Meanwhile we’re unwilling to give Ukraine weapons with the range required to hit targets on Russian soil,” he wrote.

What exactly do western countries mean by escalation, he pondered: “That Russia starts bombing Ukrainian cities or infrastructure outside the actual war zone? That they try to hit western deliveries?”

“Wake up. There’s little Russia could do that it isn’t already doing.”

Andriy Nebytov, a director at the National Police in Kyiv, on Sunday told that the bodies of 1,346 civilians have been discovered in and around the Ukrainian capital following the withdrawal of Russian troops.

With Russia already angry at western countries for their aid to Ukraine, the countries have no excuse not to step up their efforts to oppose Russia, viewed Halla-aho.

The biggest mistake so far, he added, has been that western countries have set clear boundaries for their response, such as the deployment of troops or sending of long-range missiles and modern armoured vehicles to Ukraine. Russian President Vladimir Putin has been able to use the declarations to create a framework within which to operate without any fear of direct conflict with the West.

“He has effectively been told that he can continue bombing and ravaging Ukraine for as long as he feels like it,” said Halla-aho.

The West, he stressed, must stop asking Russia what kind and how much of aid it should commit to Ukraine.

“We have to give our everything to Ukraine, so that we can help them to stop the attack. Then we have to consider hard how we could encourage Putin to agree to a peace,” he wrote. “Even if we didn’t care about Ukraine’s future as such, can we afford to lose this battle after everything we’ve done to win it?”