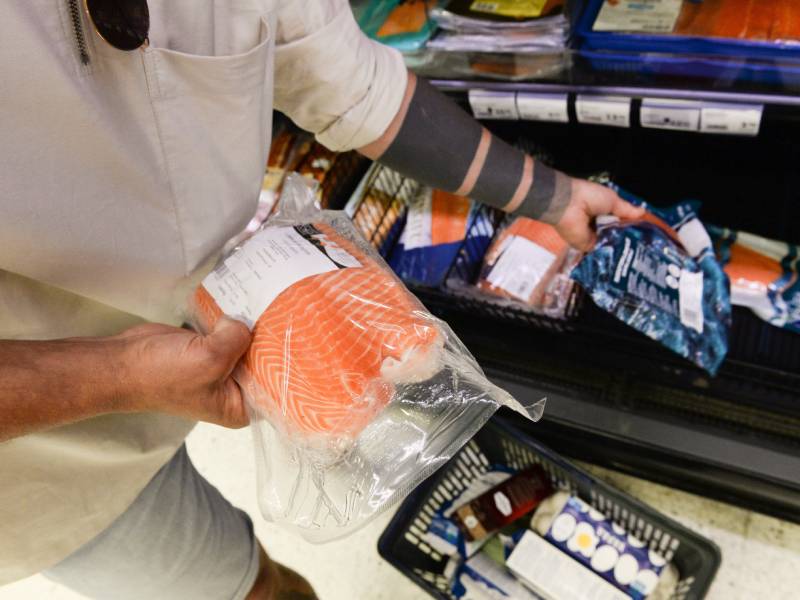 A man was grocery shopping in Helsinki on 8 July 2022. The prices of fish have surged by 46 per cent since the beginning of the year, according to Statistics Finland. (Mikko Stig – Lehtikuva)

INFLATION in Finland accelerated by 0.8 percentage points from the previous month to 7.8 per cent in June, reports Statistics Finland.

Consumer prices surged particularly for energy products but also for food, with the prices of fish surging by 46 per cent and those of coffee, eggs, and flours and groats rising by more than 30 per cent since the beginning of the year.

“Since last December, the prices of food and non-alcoholic beverages have risen by 10 per cent, light fuel oils by 76 per cent, diesel and petrol by 42 per cent and electricity by 22 per cent – in no more than six months,” commented Kristiina Nieminen, a senior statistician at Statistics Finland.

Inflation in Finland has not been as high as currently since March 1984, according to Jukka Appelqvist, the chief economist at Finland Chamber of Commerce.

The key questions currently are how high the peak will be and how long it will take for inflation to slow down to more normal levels, according to him. While it is not completely unfeasible that the peak was witnessed in June, he viewed that it is more likely that the rise in consumer prices will continue to accelerate toward the autumn.

“The pace will start to slow down at the end of the year and, more visibly, at the beginning of next year. Inflation is likely to remain at a higher level next year than we have become accustomed to in recent years,” said Appelqvist.