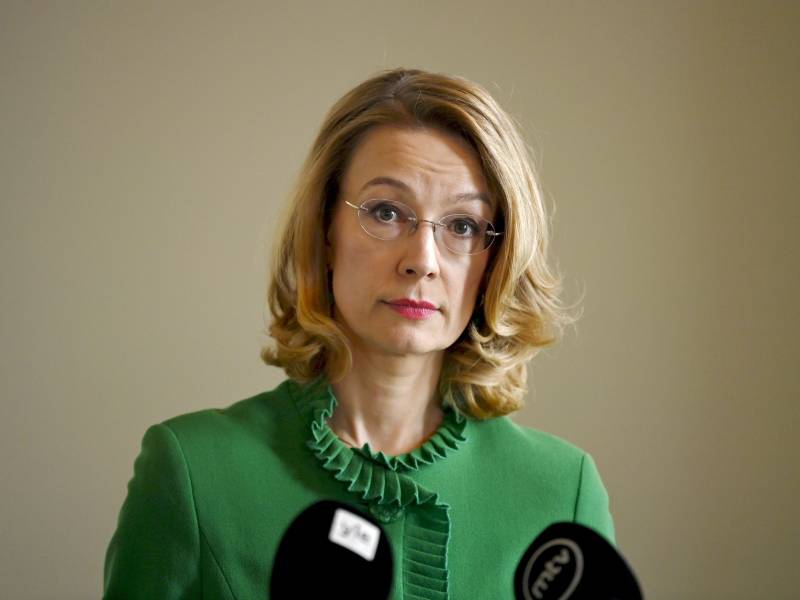 Minister for European Affairs and Ownership Steering Tytti Tuppurainen (SDP) met the media in the Parliament House on 28 April 2022. Tuppurainen on Thursday travelled to Berlin to discuss the fate of Uniper, the struggling subsidiary of Finnish state-owned energy company Fortum, with a delegation of German officials. (Antti Aimo-Koivisto – Lehtikuva)

DELEGATIONS from Finland and Germany met in Berlin on Thursday to discuss the fate of Uniper, a Düsseldorf, Germany-headquartered subsidiary of Finland’s Fortum.

YLE on Thursday reported that the discussions ended inconclusive despite the strong sense of urgency about what is the largest importer of natural gas in Germany. Minister for European Affairs and Ownership Steering Tytti Tuppurainen (SDP) said the parties are continuing to weigh up a number of options.

“The discussions are in an intense and sensitive phase. The discussions have been good and constructive, but there’s still a lot of work to be done,” she commented to the public broadcaster in Berlin.

Uniper reported last week that it is haemorrhaging tens of millions of euros a day because it has had to acquire natural gas from the spot market at higher prices to make up the shortfall caused by export restrictions imposed by Russia. The purpose of the ongoing discussions is to prevent the company from collapsing into insolvency.

“A solution must be found in the very near future,” said Tuppurainen.

An agreement must be found not only between the two countries, but also between Fortum, Uniper and the German government.

The key question is how to cover the losses arising from the natural gas business of Uniper. Fortum and Finland have proposed that the energy company be broken up into several entities and that the natural gas entity be transferred under the control of Germany. Uniper itself has proposed that up to 30 per cent of its shares be taken over by Germany.

Germany has insisted that Fortum, as the largest shareholder in Uniper, is responsible for contributing to the bailout package – possibly to the total tune of billions of euros. If Finland agreed and decided to capitalise Fortum, the cost of the bailout would ultimately be covered by Finnish taxpayers.

Both Fortum and Finland have been reluctant to capitalise Uniper, with the former reminding it has already spent eight billion euros to support the ailing company.

Tuppurainen on Thursday declined to comment on whether Germany is demanding that Finland cough up more funds to bail out Uniper.

“The question is currently so sensitive that I’m not going to be evaluating any of the actual issues. But there’s willingness to move forward, and that’s a positive message to us,” she stated to YLE in Berlin.