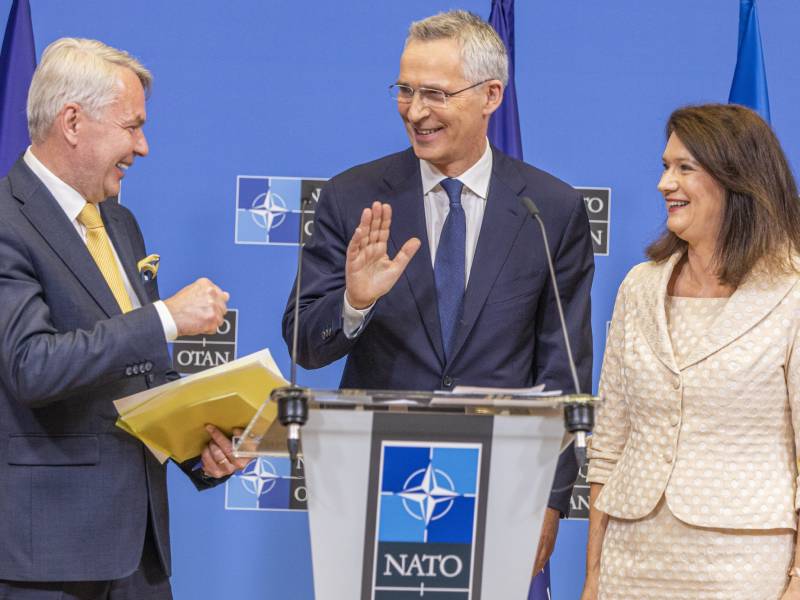 AMBASSADORS from Nato member states signed the accession protocols for Finland and Sweden on Tuesday, granting the two aspiring member states the status of invitees and the right to attend – but not vote in – all meetings of the ambassadors.

The Nordic countries had completed their accession talks with the defence alliance one day earlier.

The Finnish and Swedish membership applications were ratified virtually without delay by Canada, Denmark and Norway, according to Helsingin Sanomat. Estonia is expected to do the same on Wednesday.

All 30 Nato member states must ratify the applications before the invitees become fully fledged members. The length of the national ratification processes is expected to vary from days to months due to differences in the political systems of the member states and issues related to domestic politics, such as elections.

Optimistic estimates suggest that the process could be completed by year-end.

Turkey is set to slow down the process and impose new conditions on its ratification. YLE on Tuesday wrote that President Recep Tayyip Erdoğan reiterated that the country cannot ratify the memberships unless the two countries fulfil the promises they made in the trilateral memorandum signed last week in Madrid, Spain.

It has already become clear that the countries have differing interpretations on how the articles of the memorandum should be implemented in practice.

Fahrettin Altun, the head of communications for the Turkish Presidency, told Helsingin Sanomat on Tuesday that Finland’s Nato membership is not yet a foregone conclusion, as the country has to adopt “the necessary measures” in the domain of counterterrorism to enable ratification by Turkey.

“How these measures are implemented is for the Finnish government to decide. We care only about results,” he messaged to the newspaper.

“Nato membership is a privilege, not a right.”

Finnish Minister for Foreign Affairs Pekka Haavisto (Greens) stated to Helsingin Sanomat in Brussels that he remains confident that the membership process will get over the finish line in both Finland and Sweden.

“Turkey has several ties that bind to key members of Nato. I find it difficult to see an outcome where the Finnish and Swedish memberships are blocked, but of course many conundrums can still emerge.”

Finland, he added, “pretty much” has its foot in the door. “There’s no reverse. Sooner or later we’ll get over the finish line.”