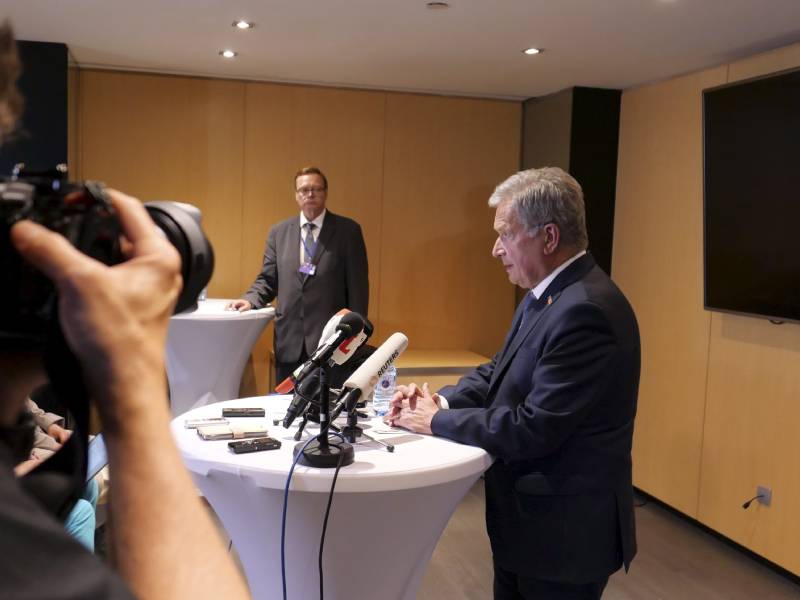 President Sauli Niinistö said in Madrid on Tuesday that discussions between officials were key to reaching a conclusion in the talks between Finland, Sweden and Turkey. (Heta Hassinen – Lehtikuva)

TONI ALARANTA, a senior research fellow at the Finnish Institute of International Affairs, told YLE on Tuesday that he is surprised by how quickly Finland, Sweden and Turkey reached an agreement on inviting the two Nordic countries to join Nato.

Foreign ministers from the three countries yesterday signed a memorandum following almost four hours of negotiations that took place in conjunction with the defence alliance’s summit in Madrid, Spain.

Alaranta estimated that the expectations were not particularly high despite the cautious optimism displayed on Monday by Finnish President Sauli Niinistö and Swedish Prime Minister Magdalena Andersson.

“When Turkish President Recep Tayyip Erdoğan left Ankara yesterday evening, the statements were pretty stern,” he reminded during a special broadcast on Tuesday. “It’ll probably be useful to try to analyse what exactly was agree on after the fact. I’m confused by what Sweden promised in regards to terrorism.”

Both Finland and Sweden promised in the memorandum to, for example, prevent the activities and reject the goals of terrorist organisations such as the Kurdistan Workers’ Party (PKK).

It may be necessary to revisit sections of the memorandum later, especially if they leave considerable room for interpretation, according to Alaranta. Turkey, he explained, may try to leverage such leeway with its demands.

Niinistö told at a news conference that discussions between officials were the key to breaking the gridlock.

Pami Aalto, the director of the Jean Monnet Centre of Excellence on European Politics and European-Russian Relations at Tampere University, also drew attention to the bilateral discussion held in the middle of the process between Erdoğan and Jens Stoltenberg, the secretary general of Nato.

“Before this discussion, we couldn’t necessarily expect even this much. Old-fashioned diplomacy was very important,” he stated to YLE.

Finland and Sweden are likely to be invited to formally join the defence alliance later today. The invitation will signal the start of a possibly months-long ratification process in each member country.

The process will move forward at different pace in different countries, said Aalto. In Turkey at least the process is likely to entail official-level discussions that could take weeks or months.

“I’m sure some will race to ratify [the membership bids] quickly, and there’s great political pressure to do so. Others may take a bit longer,” he commented.