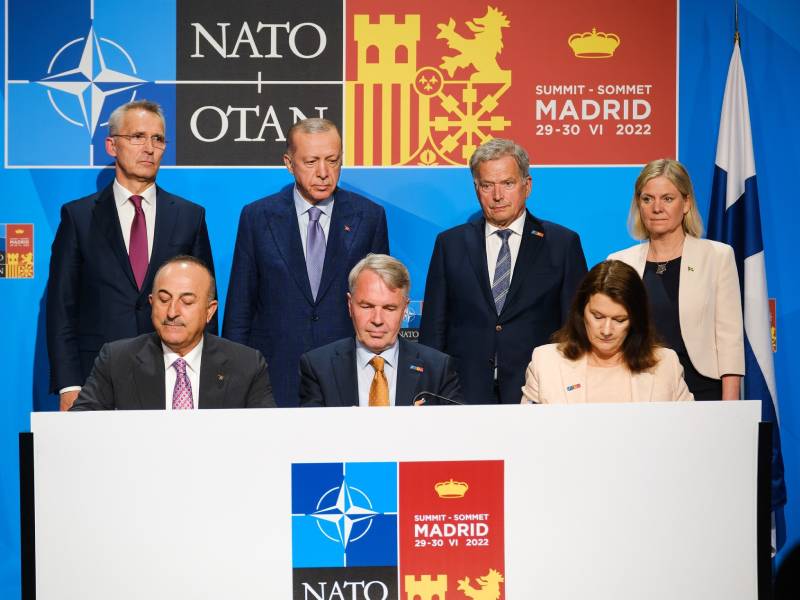 FINLAND, Sweden and Turkey resolved their differences over the Finnish and Swedish bids to join Nato after a nearly four-hour meeting held in conjunction with the defence alliance’s highly anticipated summit in Madrid, Spain.

Turkey has thereby pledged to give its backing at the summit to inviting the two countries to become members of Nato, according to a memorandum signed by the countries’ foreign ministers.

Finland and Sweden, the document indicates, confirmed the terrorist status of the Kurdistan Workers’ Party (PKK), pledging to prevent the activities of all terrorist organisations, their extensions, affiliates and inspired groups, as well as to investigate and interdict any financing and recruitment activities of such organisations.

The three countries concluded additionally that there are no national arms embargoes between them. Finland and Sweden had suspended the granting of arms export permits to Turkey over its military actions in Syria since 2019.

President Sauli Niinistö, who led the Finnish delegation to the summit in Madrid, said he is delighted to conclude this stage of the accession process, adding that the next concrete steps in the process will be defined in the next two days with Nato allies in Madrid.

“That decision is now imminent,” he said in a statement.

The trilateral memorandum, he viewed, underscores the mutual security commitments of Finland, Sweden and Turkey.

“Over the past weeks, Turkey has raised its concerns over the threat of terrorism. Finland has constantly taken these concerns seriously. Finland condemns terrorism in all its forms and manifestations. As a Nato member, Finland will fully commit to the counterterrorism documents and policies of Nato,” stated Niinistö.

“As we enhance our co-operation on counterterrorism, arms exports and extraditions, Finland naturally continues to operate according to its own national legislation.”