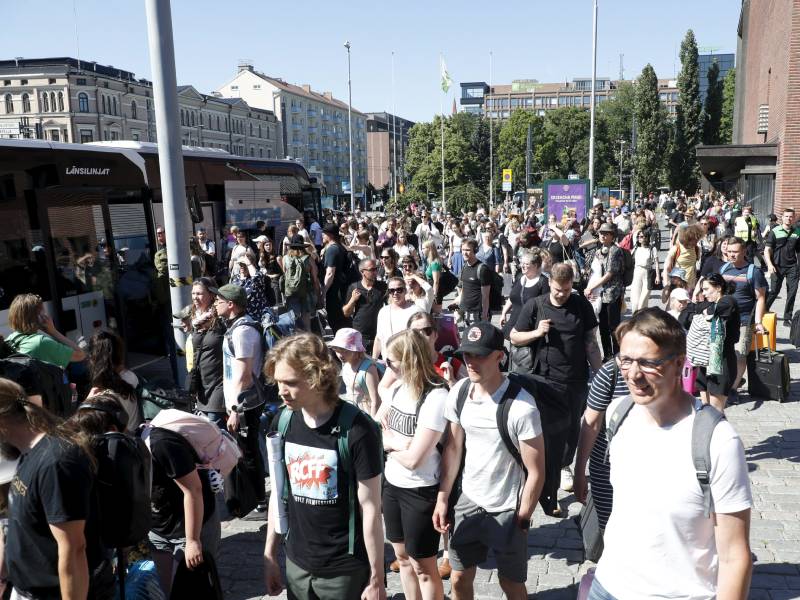 RAIL TRAFFIC in Finland was in disarray on Sunday and Monday due to a nearly 24-hour delay in a railway bridge replacement project undertaken in Lempäälä, near Tampere.

The replacement was not completed until midday on Monday, 21 hours behind the scheduled completion of 3pm on Sunday. Helsingin Sanomat wrote that trains were also unable to cross the bridge at full speed following the resumption of traffic because the finalisation phase dragged on at least into yesterday evening.

A Helsinki—Kemijärvi overnight train, for example, was delayed for roughly 16 hours, ultimately arriving in Oulu at 8.40pm on Monday, according to YLE. Jari Tapio, who was one of the passengers, told the public broadcasting company that he had a 23-hour journey to Oulu, having departed Loimaa at 8.30pm on Sunday.

Tapio described the mood in the train as confused: he himself had gone to bed in the evening and woken up to realise that the train had not moved an inch.

“Communication was really awful – no one really knew what’d happen. Had I known that this is how the journey would go yesterday evening, I could’ve rented a car. This is pretty tragicomic,” he commented.

Piia Tyynilä, the director of long-distance services at VR, apologised for the disruption caused by the rail works to passengers on YLE TV1 on Monday. The Finnish Transport Infrastructure Agency, she reminded, regularly carries out works between the passenger peaks seen right before and after holidays without any glitches.

“The timing wasn’t a success this year when you look at people’s comments,” she said.

“I’m sure information flowed between VR and the Transport Infrastructure Agency,” said Tyynilä. “But the uncertainty was caused by our timetable for completing the works being adjusted constantly.”

“It’s terribly annoying and regretful to our passengers that the message wasn’t delivered well and that many had to change their plans as a result. I’m truly sorry for that.”

“We’ll be processing all applications on a case-by-case basis and we’ll certainly find a solution,” she said, estimating that the applications should be processed during this and next week.