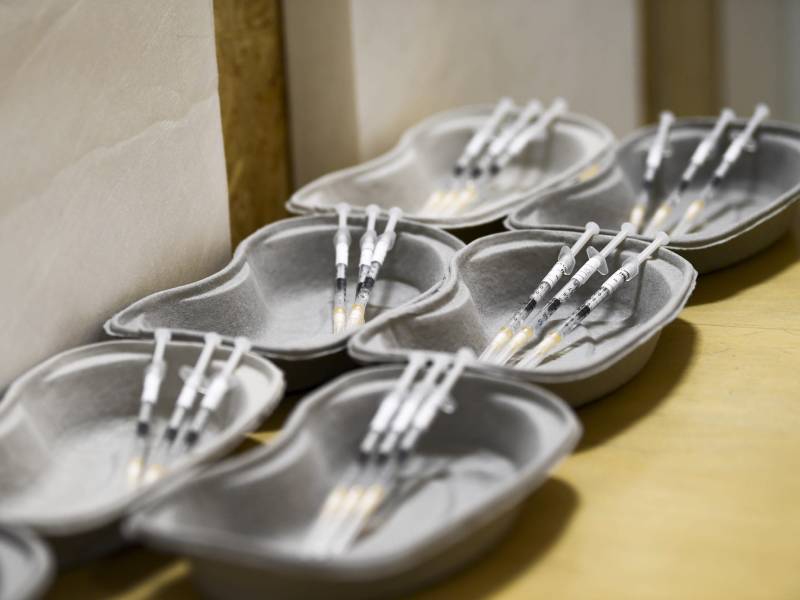 Doses of a Covid-19 vaccine at a vaccination centre in Jätkäsaari, Helsinki, on 25 February 2022. (Emmi Korhonen – Lehtikuva)

THE FINNISH INSTITUTE for Health and Welfare (THL) is to lower the age limit that defines whether one is eligible for a fourth injection of a coronavirus vaccine in the autumn.

YLE on Thursday reported that the institute will collect data on the efficacy of fourth doses and the expectations that can be vested in new vaccines during the summer, with a view to presenting its updated recommendation in late August or early September.

Hanna Nohynek, a chief physician at THL, confirmed that the intention is to lower the age limit in order to prepare for what could be a more pronounced spike in coronavirus infections and morbidity.

Both morbidity and mortality are presently on the decline.

“Age is the greatest risk for a serious coronavirus infection. The risk increases noticeably at around 50–60. Where [the recommendation] will settle remains to be seen. We’re working on this fervently based on new information,” she said to the public broadcasting company.

The European Centre for Disease Prevention and Control (ECDC) recommends generally that the vaccinations be administered before infection waves and that the fourth doses be offered to everyone over 60. Along with the recommendation, THL will take into account the necessary vaccination interval and the duration of vaccine-induced protection.

Experts have estimated that the fourth injection offers fairly limited protection against an omicron infection and mild forms of the disease.

THL in June adjusted its recommendation to state that the fourth doses should be offered also to 70–79-year-olds suffering from chronic diseases that predispose them to severe forms of Covid-19.

President Sauli Niinistö on Thursday told Ilta-Sanomat that he is worried about the incidence of coronavirus infections and coronavirus-related deaths in Finland. Statistics from THL indicate that nearly 4,800 deaths were linked to the virus in the spring.

“The number of deaths here seems to be enormously high right now and there’s a prevailing silence about it. While Finland’s situation was good for two years, now it’s very bad in this regard. Death is a serious matter,” he commented to the daily.

Niinistö expressed his hope that the fourth round of vaccinations is expanded to younger age groups, saying he knows many younger people who would gladly receive the fourth injection.

“I’m struggling to understand why [the vaccines] are being withheld,” he said.

Minister of Family Affairs and Social Services Aki Lindén (SDP) on Thursday stated on Twitter that he agrees with the president. The Finnish public, he said, adopted the stance that the pandemic “is over” too quickly.