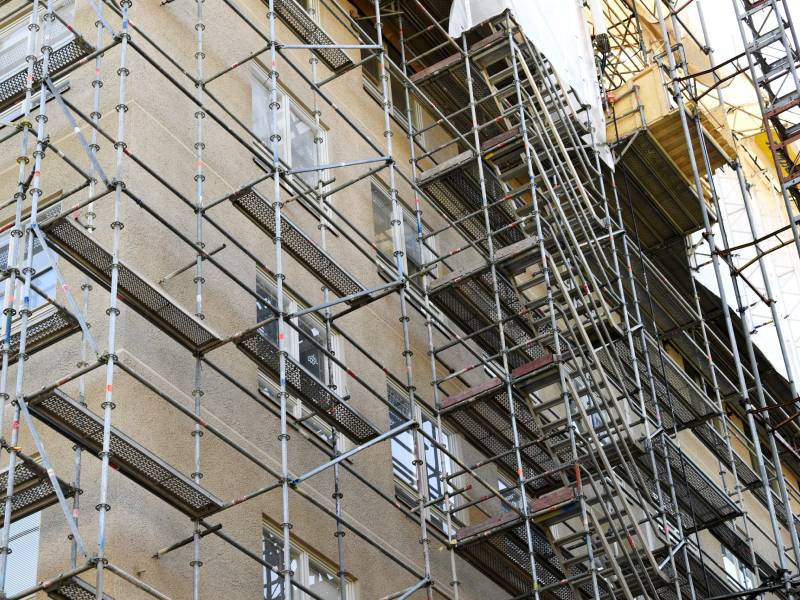 Scaffolding around a block of flats in Helsinki on 17 June 2022. (Anni Ågren – Lehtikuva)

MANY real-estate investors have hit the brakes in recent times in Finland, reports YLE.

The number of housing loans taken out for investment purposes decreased by about 25 per cent year-on-year between March and April. The Finnish Landlord Association has reported that investor interest in buying real estate has declined since last autumn, with a growing number of lessors also considering downsizing their portfolio.

“In the old world, tenants took the flat they happened to get. Now tenants can look at several flats and choose whichever suits them the best; lessors have to work harder to rent out their flat,” Joonas Orava, an investor with a several-property portfolio, summed up to YLE on Thursday.

The Finnish public broadcaster highlighted that various trends in the housing market could be dangerous especially for investors laden with risks. Interest rates and ownership costs are rising while lessors are having to compete for tenants, raising the risk that rent income no longer covers for debt servicing and ownership costs.

Just how many such investors are in the market is difficult to gauge, though.

Statistics have yet to offer any indication that real-estate investors are crumbling under their debt burden. The Bank of Finland’s statistics show that fewer re-payments are overdue for loans taken out for investment purposes than for ordinary housing loans.

The statistics, he added, comprise re-payments that have been overdue for more than 90 days.

“Despite the pandemic and other uncertainties, problems with housing company loans or investment property loans haven’t increased in recent months. They’re at a very moderate level,” said Aaltonen. “Generally household indebtedness has risen to a record-high level. That increases the vulnerability of borrowers to a rise in interest rates.”

Sakari Rokkanen, an economist at the Finnish Landlord Association, similarly viewed that it is unlikely that everyone who joined the real-estate boom during the era of no interest rates can cope with the new reality without any hiccups.

“I’m sure there are people who haven’t prepared for the situation, but we’re talking more about individual cases than about a major challenge. No wave of forced sales is on the horizon,” he said.

Rokkanen reminded that the majority invest in real estate on a relatively small scale: Investors typically have a portfolio of one to two properties that they try to use to save for retirement. They usually have sufficient financial buffers to cope with risks.

Investors with dozens of properties in their portfolio, on the other hand, often operate at least semi-professionally and have shielded themselves against risks by taking out fixed-rate loans or loans with mechanisms such as rate caps to protect against rising interests.

Aaltonen from the Bank of Finland reminded that real-estate investors accumulate debt particularly through housing company loans, which encourage the use of gearing.

The Finnish government last week unveiled its proposal to overhaul the regulations around housing company loans.

The loans, it outlined, should not make up more than 60 per cent of the debt-free price of properties and should not offer payment holidays in the first five years following the completion of construction.