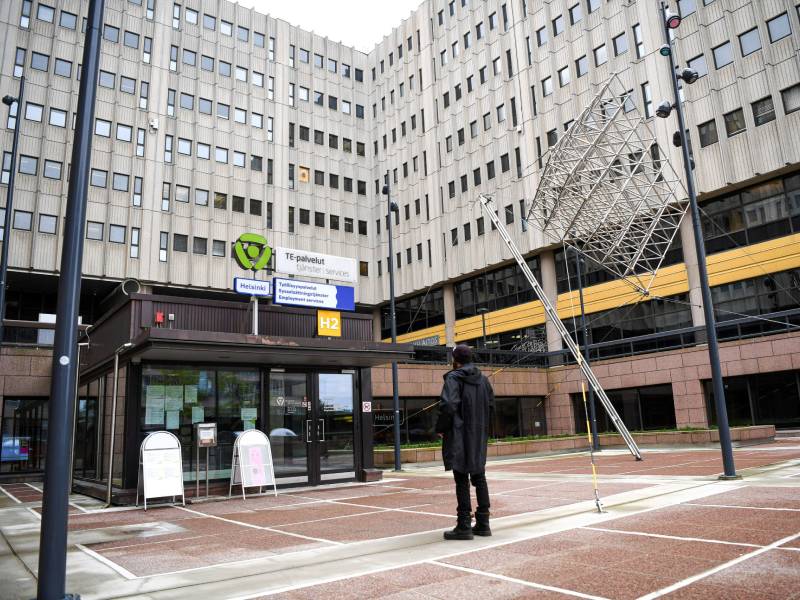 A client outside a TE Office in Pasila, Helsinki, in August 2021. Finland’s employment situation continued to improve in May, according to data from Statistics Finland. (Silja-Riikka Seppälä – Lehtikuva)

THE LATEST BATCH of employment and unemployment data shows no much-dreaded signs of a looming downturn, views Elina Pylkkänen, the permanent state undersecretary at the Ministry of Employment and Economic Affairs.

“The situation is looking good in terms of employment figures, even though this growth is founded largely on part-time work,” she commented to YLE on Tuesday.

Juho Keskinen, an economist at the Mortgage Society of Finland (Hypo), highlighted that the unemployment rate has dropped to the levels of March and April in 2008. It has not been lower than that for more than 30 years, since May 1991.

“The opening of services and return of the event industry support labour demand and, at the moment, there simply aren’t enough suitable workers,” he summarised.

YLE wrote yesterday that although the latest employment statistics appease some concerns, some risks continue to hang over the country – including that of stagflation or the combination of economic stagnation, high inflation and high unemployment, noted Pylkkänen. Thus far, though, there have been no signs that the output is starting to contract.

High inflation has yet to also impact employment by fuelling pay demands and driving up interest rates. An increase in interest rates would assuredly have an impact on the employment situation, according to Pylkkänen.

“Interest rates have not yet started picking up rapidly. It’s still looking good,” she said.

Jukka Appelqvist, the chief economist at Finland Chamber of Commerce, stated that he is concerned that employment growth will come to a stop before the long-term unemployed have had an opportunity to return to the labour force.

“It would mean that unemployment periods continue to lengthen or, at worst, lead to departures from the labour market, which would permanently undermine the growth potential of the Finnish economy.”

He described the prevalent economic situation as tolerable but viewed that people should start mentally preparing for the possibility that the situation erodes in the longer term.

The Bank of Finland on Tuesday similarly gauged that the risk of recession cannot be ruled out as long as the war in Ukraine continues, driving up the prices of energy and raw materials.

The Finnish economy, it forecast, will expand by 1.7 per cent in 2022 and 0.5 per cent in 2023. While inflation is forecast to remain high – at 5.6 per cent – this year due to production bottlenecks and high raw-material prices, it should slow down notably to about 2.4 per cent in 2023.

“Inflation is projected to slow next year as the impact of energy prices subsides and supply chain disruptions are expected to increase,” said Meri Obstbaum, the head of forecasting at the Bank of Finland.

Another key factor for the likelihood of recession is the cost-competitiveness of businesses.

“Cost-competitiveness will play an important role in how companies are able to adjust as they try to find new markets to make up for the lost business in Russia. If they do not succeed, the risk of a recession will grow,” told Obstbaum.