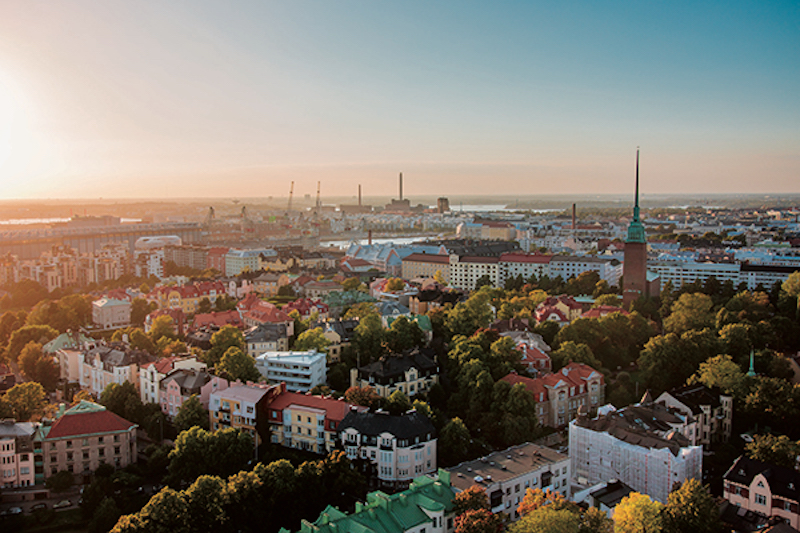 The results of the Helsinki Safety Survey show that there are differences between residential areas in terms of how safe their residents consider them. Although the differences in perceived safety between neighbourhoods are significant, the differences have remained unchanged from the previous surveys. City residents are most concerned about the loss of green areas, graffiti and vandalism, and social exclusion.

One of the key questions of the Helsinki Safety Survey is how safe the respondents feel when walking alone late on a Friday or Saturday night in their residential area. In most areas, the situation has remained very stable, and only in a few areas has there been a significant increase or decrease in the sense of safety.

The majority, or three out of four of all respondents, feel safe in their area late at night. In some areas, around one in three people feel unsafe in their neighbourhood at weekends, while in the areas people perceived as the safest, only 3% of the respondents reported the same. In the eastern major district, the safety and security situation was felt to be worse than average.

Experiences of insecurity are concentrated in areas that do poorly according to socio-economic indicators.

City residents worry about the loss of green areas, graffiti and vandalism, and social exclusion

The three main issues that Helsinki residents were most concerned about were the loss of green areas, graffiti and vandalism, and social exclusion. Approximately 40% of the respondents were at least fairly concerned about these issues. Housing for special groups, serving alcohol to intoxicated persons and drinking in public concerned residents the least.

However, concerns about the signs of social disorder have increased over the last six years. Perceived social disorder and perceived insecurity also have a strong connection.

The Helsinki Safety Survey determines residents’ sense of safety and security in their neighbourhood and city centre every three years. The data and subsequent analyses focus on the residents’ everyday lives in their respective residential areas, which are not expected to be significantly affected by what goes on elsewhere in the world. The safety survey has been carried out almost in the same form for about twenty years now.

The latest data was collected in late 2021, before the Russian invasion of Ukraine, and so the results do not show any possible impact of the war on the sense of security of the respondents. The target group comprised 15–79-year-old Helsinkians. The questionnaire was sent to 7,818 people, 3,980 of whom replied. The survey was conducted by the City of Helsinki and the Helsinki Police Department.

The published analyses are part of a research series, and the related research articles will be published in Kvartti magazine. An article (Keskinen & Kainulainen-d’Ambrosio 2022) has previously published the results of the study, discussing the general development of the city’s perceived safety situation.