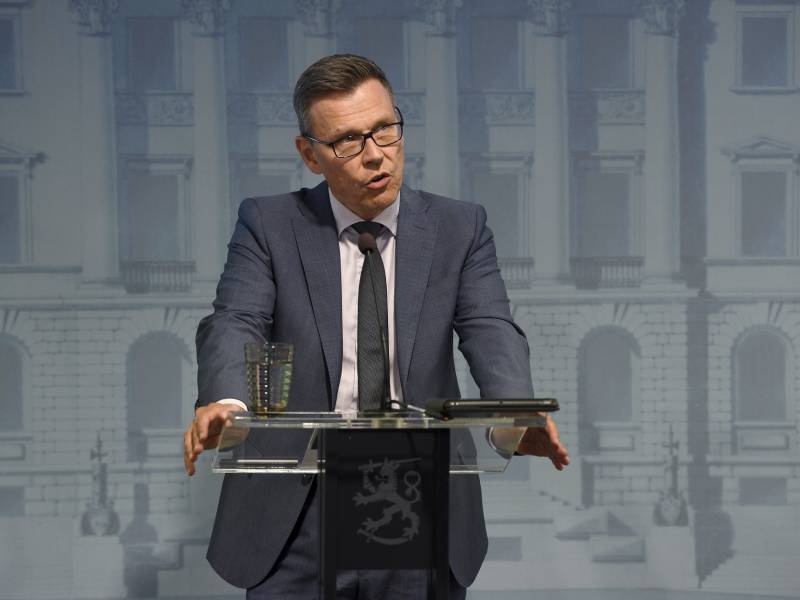 Mikko Spolander, a director at the Ministry of Finance, spoke about what lies ahead for the Finnish economy in the next few years in a press conference in Helsinki on Friday, 17 June 2022. (Antti Aimo-Koivisto – Lehtikuva)

THE GROWTH of the Finnish economy will slow down and the rise in consumer prices pick up more than anticipated, according to the Ministry of Finance.

The Ministry of Finance on Friday published its latest economic forecast, stating that the national economy will expand by 1.4 per cent in 2022 and 1.1 per cent in 2023. Inflation, meanwhile, is to land at an average of 5.8 per cent this year as measured by the national consumer price index.

“Lifting the economy on to a more favourable and ecologically sustainable growth track that strengthens public finances requires the ability to compete successfully for investments among our peers,” commented Mikko Spolander, the director of the economics department at the Ministry of Finance.

The economic outlook is clouded particularly by the war of aggression waged in Ukraine by Russia. The war dragging on will increase the risk of two successive quarters of negative growth – that is, a recession – in Finland.

The sharp increases in consumer prices caused in part by the war can inhibit household consumption, thus eroding the economic outlook further.

“The consequences of the municipal sector wage programme for the future pay settlements of other sectors are difficult to estimate, and there are risks in both directions. A price-wage spiral in an economy is a self-sustaining and longer-term phenomenon that puts the brake on economic growth,” the press release reads.

The Ministry of Finance also expressed its concern about rising interest rates and their impact on debt servicing costs for both households and public finances. The yield on the government’s 10-year benchmark bond, it highlighted, has surged by nearly two percentage points in six months, prompting an upward adjustment of 300 million euros in the estimate of interest expenditure in 2023 and one of 900 million euros in 2026.

“Rising debt servicing costs come out of the rest of public spending and reduce the already tight buffers for general government finances,” it reminded.

The Finnish economy could, on the other hand, receive a boost if the government decided to pursue independence from fossil fuels at an accelerated schedule and managed to spur an increase in green investments in the energy sector, according to the ministry.