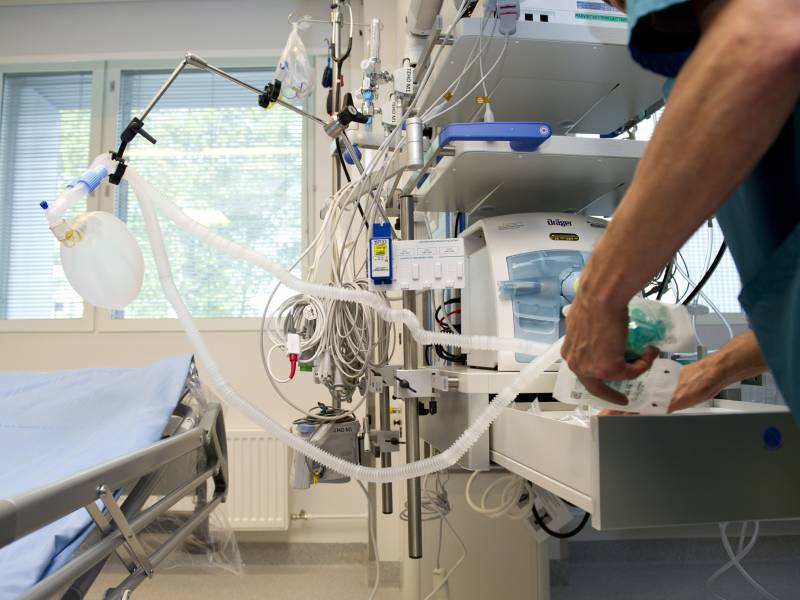 A nurse operated a ventilation machine in the intensive care ward of Meilahti Hospital in Helsinki in August 2015. (Anni Reenpää – Lehtikuva)

NEARLY 50 intensive care nurses resigned from the Hospital District of North Ostrobothnia between January and May, reports Tehy-lehti, the member publication of the Union of Social and Health Care Professionals in Finland (Tehy).

Pirjo Lukkarila, the chief nursing executive at Oulu University Hospital, told YLE Oulu on Tuesday that the number of resignations is unprecedented in her tenure.

“We’ll have to cut down and shutter more activities than in previous summers.”

Oulu University Hospital will, for example, have 14 intensive care places for adult patients instead of the usual 22 and four intensive monitoring places. The corresponding numbers were 16 and six last summer and 16 and four during the recent strike organised by Tehy and the Finnish Union of Practical Nurses (Super).

Lukkarila told the public broadcasting company that all resigning nurses have been asked to fill in a questionnaire in order to identify the reasons for the spike in resignations over such a short time period.

Tehy-lehti has also reported that around 30 nurses specialising in emergency and other acute care have resigned recently from Tampere University Hospital (TAYS). The division for acute care has had a nursing staff of roughly 250.

Atte Tahvola, the shop steward for Tehy at TAYS, said to YLE that resignations have occurred also in other divisions, but the number has been unusually high in acute care.

“There has been long-standing stress, and the employer has lacked flexibility with its own human resource management practices. The work has been extremely hectic for a long time and there has been significant demand for various kinds of shift swaps and flexibilities,” he commented, listing the reasons for the spike in resignation.

Raija Ruoranen, the director of human resources at TAYS, confirmed that the number of resignations has been unusually high in acute care and that the hospital has been unable to recruit the necessary number of temporary summer workers.

She added that some of the departures are attributable to retirements and some to nurses wanting to switch to daytime work.

TAYS on Tuesday cited recruitment difficulties in announcing the two-month shutdown of its night-time emergency services in Valkeakoski. The university hospital has also reduced the number of intensive care beds by two.