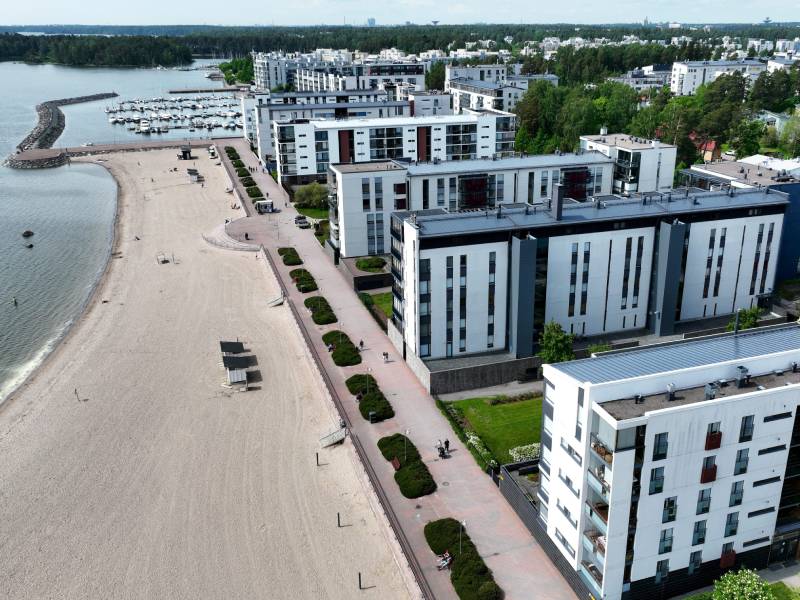 An aerial photo of blocks of flats in Vuosaari, Helsinki, on 10 June 2022. (Vesa Moilanen – Lehtikuva)

HOUSE PRICES in Finland are expected to normalise after a period of unusually rapid growth due to rising interest rates and slowing down of overall economic activity.

OP Financial Group on Tuesday revealed it expects house prices to climb by 0.5–1.5 per cent in 2022 and by no more than 0.5 per cent in 2023. With inflation set to remain high, the real prices of houses are to decline both this and next year.

Nordea, in turn, estimated that the prices of one-room flats could even drop in 2022–2023.

House prices have continued to increase in the first half of this year, albeit at a slower rate than last year. Nordea highlighted, though, that the value of housing loans taken out by households remains higher than in the years preceding the coronavirus pandemic, in spite of the decrease witnessed this year.

Another noteworthy aspect of the recent development is that the appeal of the capital region appears to have decreased, with the highest increases occurring in cities such as Tampere, Turku and Oulu.

“In the capital region, house prices are being pushed down by muted demand for one-room flats, a significant increase in supply due to construction and loss to internal migration,” listed Juho Kostiainen, an economist at Nordea.

“The most rapid growth is behind us. The prices of studios have even started to drop slightly, and the increase in detached house prices has levelled off.”

OP Financial Group estimated that the coronavirus pandemic seems to have reversed the downward trend in house prices in most provinces, at least temporarily.

Nordea warned that interest rates have begun to creep up and seem poised to continue doing so in the coming years. Euribor 12, the most common reference rate on housing loans in Finland, rose to almost 0.96 per cent on Tuesday, representing a nearly 1.5-percentage-point surge from the beginning of the year.

The market expectation is that the rate will reach the two-per-cent mark within a year.

OP Financial Group has calculated that a one-point increase in interest rates could slow down increases in house prices by two points.

Kostiainen reminded that an increase in interest rates will help to keep house prices and household consumption in check by limiting the amount of money mortgage borrowers can spend on housing and other forms of consumption. The cost of housing has also increased due to high energy prices and the general uncertainty caused by the Russian invasion of Ukraine.