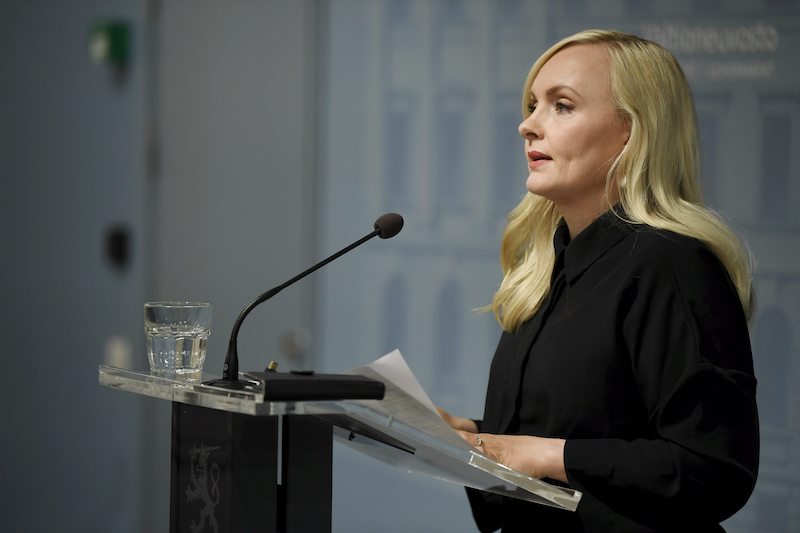 Minister of the Environment and Climate Change Maria Ohisalo at a press event in Helsinki. LEHTIKUVA

The Climate Change Act lays the foundation for national work on climate change in Finland. The reformed Act sets emission reductions targets for 2030, 2040 and 2050. Now the target of a carbon-neutral Finland by 2035 has for the first time been laid down by law.

The Government submitted the bill for approval on 9 June. The President of the Republic is to approve the Act on 10 June and it will enter into force on 1 July 2022.

"The new Climate Change Act is vital for Finland. The Climate Change Act ensures that ambitious climate work will continue across government terms. The Act shows the world how we can built a carbon-neutral welfare state by 2035. It is also a strong signal for companies that in Finland clean solutions are well worth investing in," says Minister of the Environment and Climate Change Maria Ohisalo.

The Act lays down provisions on the climate change policy plans. The scope of the Act will be extended to also cover emissions from the land use sector, i.e. land use, forestry and agriculture, and it will for the first time include the objective to strengthen carbon sinks.

"Including land use in the Climate Change Act is a significant improvement. We have a lot of opportunities to reduce emissions and strengthen carbon sinks in the land use sector - in forests, construction and agriculture," Minister Ohisalo says.

The Act applies to the authorities and obliges the ministries to draw up climate change policy plans. The aim of the planning system for climate policy is to ensure that the measures are fair and just and to promote sustainable development.

The Government will monitor the achievement of Finland's climate targets and decide whether further measures are needed. In future, an assessment whether the climate measures are sufficient for the next 15 years will be included in the Annual Climate Change Reports.

What will happen next?