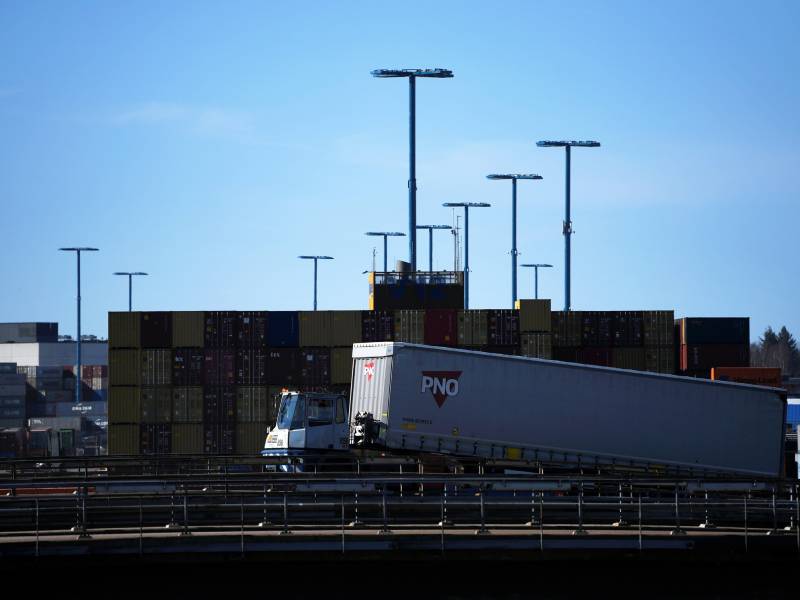 Lorries and shipping containers at the Port of Vuosaari in Helsinki on 11 April 2022. (Antti Aimo-Koivisto – Lehtikuva)

ALTHOUGH Finnish imports from Russia nearly halved from the previous month in April, they added more than half a billion euros to the coffers of the Kremlin, reports STT.

Finnish Customs on Tuesday published preliminary data showing that the value of Finnish imports from Russia decreased from almost 998 million euros to almost 528 million euros between March and April 2022.

Compared to the previous year, however, the value of imports crept up by nearly three per cent as a consequence of unusually high energy prices.

Finland imported 61 million euros worth of oil products from Russia in April, representing a drop of almost 90 million euros from March. The value of crude oil imports fell from 145 million to 45 million euros, a markedly low total given that the value had stood at 316 million euros as recently as February.

Both imports came to a complete stop in May.

Natural gas accounts for a relatively small proportion of the energy mix of Finland. The electricity imports, similarly, can be replaced fairly easily by increasing domestic production and imports from other parts of the world, according to Fingrid.

High energy prices were also reflected in the value of coal imports, which were 290 per cent higher in April 2022 than in April 2021. Overall, the value of imports fell in 14 of the 21 import categories over the 12-month period.

Olli-Pekka Penttilä, the director of statistics at Finnish Customs, said Russian imports as a whole nearly halved between March and April. The imports decreased further last month – “for example, no crude oil was imported from Russia in May”.

Finnish exports to Russia, in turn, decreased by 58 per cent year-on-year to almost 145 million euros in April. The exports fell across goods categories with the exception of copper mattes, which rose by 16 per cent from the previous year.