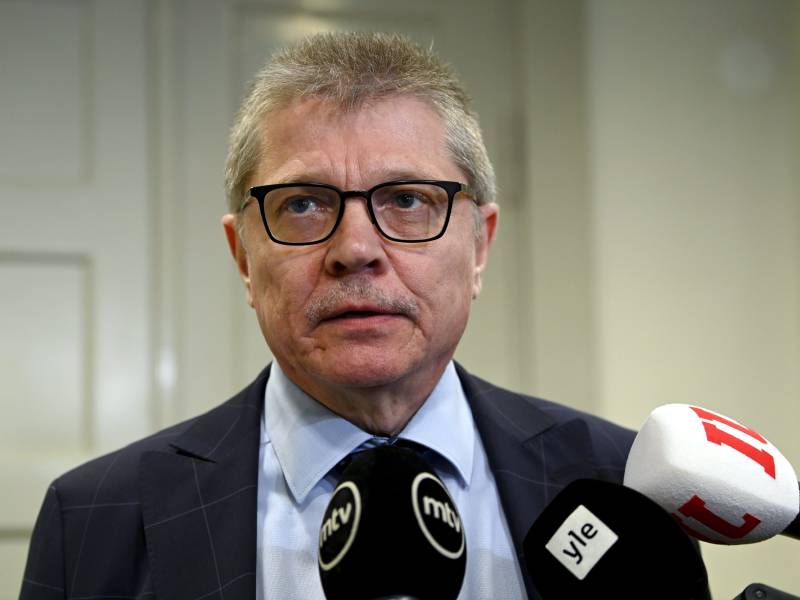 Markku Jalonen, the managing director of Local and County Government Employers (KT), spoke to reporters in the national conciliator’s office in Helsinki on 11 May 2022. (Emmi Korhonen – Lehtikuva)

COLLECTIVE BARGAINING TALKS over the terms and conditions of employment of some employees in the municipal sector have fallen through.

Local and County Government Employers (KT) and the Public Sector Union (Jau) and Negotiating Organisation for Public Sector Professionals (Juko) had continued the talks after the latest settlement proposal was rejected by the Union of Social and Health Care Professionals in Finland (Tehy) and Finnish Union of Practical Nurses (Super).

Markku Jalonen, the managing director of KT, on Tuesday told YLE that the negotiations fell through due to the additional, unacceptable conditions set by the trade unions.

He declined to comment on the details of the conditions, such as whether they were contingent on the agreement made eventually with the two nursing unions. With nurses holding out for significantly higher wage increases over a several-year term, it is unlikely that other municipal sector employees will settle for anything less.

The parties to the dispute are nonetheless determined to reach an agreement, according to Jalonen.

Olli Luukkainen, the chairperson of Juko, criticised both the employer organisation and the nursing unions for failing to agree on the terms and conditions of employment in the municipal sector. He told Helsingin Sanomat that as the dispute is unlikely to be resolved before next autumn, municipal employees will receive no wage increases this year.

Additional strikes are also a possibility.

“The whole municipal sector is in a state of tumult,” he summed up the labour market situation.

“We have to take into account teachers, doctors, the technical field, librarians, museum people and others. KT’s proposal didn’t take all the occupational groups into account satisfactorily.”

Although Jau and Juko were ready to accept the settlement proposal rejected by nurses, the trade unions were not prepared to take the risk that nurses would later succeed in negotiating better terms for themselves. Jau and Juko were therefore demanding that the agreement include a clause that guarantees any wage increases granted to nurses also to other municipal employees.

“KT divided occupational groups into important and less important ones, meaning some would’ve got the security clause and others wouldn’t. I can’t talk about this more, but we were unable to accept the proposal,” said Luukkainen.

He estimated that the justification given by the employer organisation is flimsy.

“KT has consistently promised and the central administration has stated that nursing unions won’t get any more than others. If that’s really the case, the security clauses are of no significance. They’d cost zero euros. But if KT is prepared to give security clauses to some groups and not to others, it shows that even it doesn’t believe itself.”

Luukkainen also drew attention to a statement made by Minister of Family Affairs and Social Services Aki Lindén (SDP). Lindén stated to MTV Uutiset on Saturday that the nursing sector needs its own wage programme, “that can’t be disputed”.

“If a politician says that, do we trust that nursing unions won’t get more than others? No, we don’t,” he said.