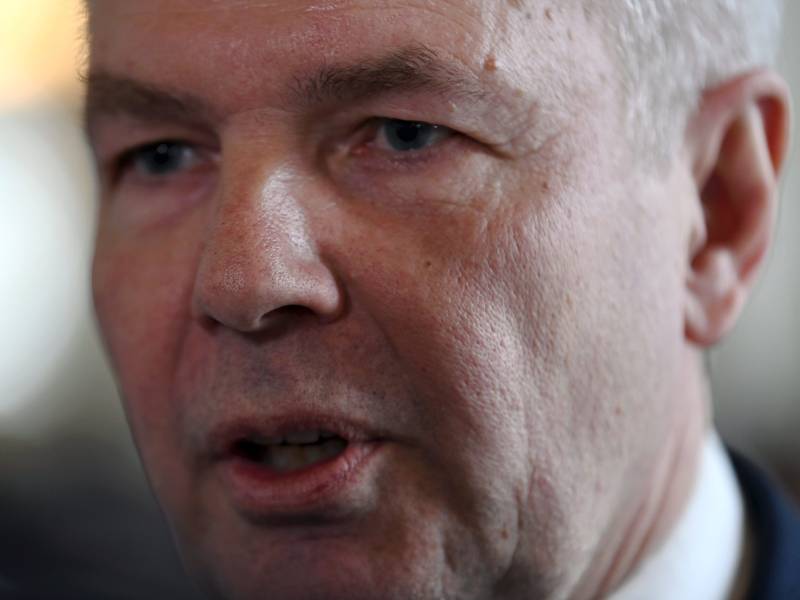 Minister for Foreign Affairs Pekka Haavisto (Greens) remains confident that Finland and Turkey can work through their differences over the Nato bid of Finland. (Antti Aimo-Koivisto – Lehtikuva)

WEEKS OF DISCUSSIONS will be required to resolve the Nato-related dispute between Finland and Turkey, gauges Minister for Foreign Affairs Pekka Haavisto (Greens).

Turkey has repeatedly expressed its opposition to the membership bids of Finland and Sweden, accusing the two countries of “harbouring terrorists” for refusing to extradite people it considers terrorists due to their alleged ties to the Kurdistan Workers’ Party (PKK).

Turkey has also demanded that the countries lift their embargo on arms sales imposed over its military intervention in Syria.

“I said some days ago [that it’d take] days or weeks, but maybe to be cautious I should now say it’ll take weeks,” Haavisto told YLE in Joensuu on Sunday. “I’m optimistic that the problems can be resolved, but it may take some time.”

Haavisto said Finland could provide assurances that it steps up the monitoring of various ties to PKK, which is listed as a terrorist organisation in both Finland and the EU. It cannot, however, extradite members of or people with ties to the organisation without justification under the principles of the rule of law.

“As the PKK is on the terror list in Europe, it’s important that we do our part so that no terrorist activities are planned from Finland,” he said to the public broadcasting company. “It’d be good to clarify the structure of the rule of law. Political decisions can’t affect how the legal system works. This principle is set in stone here.”

President Sauli Niinistö had a phone conversation with Turkish President Recep Tayyip Erdoğan on Saturday. Niinistö stressed to Erdoğan that Finland condemns terrorism in all its forms and viewed that the country joining the defence alliance could reinforce its bilateral relations with Turkey.

Haavisto said officials will continue their dialogue with the central administration, office of the president, ministry of foreign affairs and other authorities in Turkey.

“We’ll look for answers to the questions and concerns of Turkey,” he said to STT.

Speaker of the Parliament Matti Vanhanen (Centre) told YLE on Saturday that he remains confident about the accession process of both Finland. While Finland should wait for more information about the practical demands of Turkey, Turkey should understand that Finland cannot make political bargains on matters that pertain to its legal system and the rule-of-law principles.

“Time will tell what lies ahead, but the big, historic decision has been made and the decision will be carried out,” he affirmed on YLE TV1.