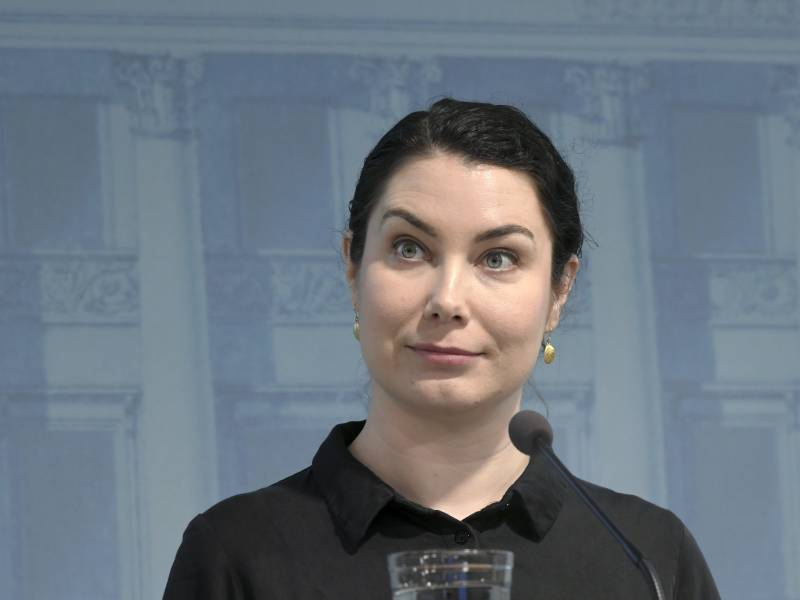 Minister of the Environment and Climate Change Emma Kari (Greens) unveiled the government’s proposal to reform the nature conservation act in Helsinki on Thursday, 12 May 2022. (Markku Ulander – Lehtikuva)

THE GOVERNMENT of Prime Minister Sanna Marin (SDP) presented its proposal to reform the nature conservation act to the Finnish Parliament on Wednesday.

Although the act has been amended on several occasion, the reform would mark only the second time the act has been overhauled comprehensively in its almost 100-year history, with the first occurring in 1997.

“When I started at this job, I stated that a major issue for the rest of the [electoral] term is to raise biodiversity loss alongside the climate crisis as one of the biggest questions of this time,” Minister of the Environment and Climate Change Emma Kari (Greens) commented to Helsingin Sanomat on Wednesday.

Kari lamented to the newspaper before the referral debate that policy makers do not necessarily consider biodiversity loss as serious an issue as the climate crisis. She nevertheless expressed her gratitude to the coalition partners for finalising what she described as not an easy proposal, declining to comment on the conflicts of interest that arose between the Greens and Centre.

“There’s an understanding across party lines that the current legislation and actions to prevent biodiversity loss haven’t been enough,” she remarked.

The reform is set to introduce entirely new chapters to the nature conservation act, including provisions on threatened habitats, voluntary ecological compensation and the management of data on the natural environment.

Other new features include strengthening the protection of habitat types, prohibiting ore exploration in national and natural parks, and facilitating the removal of invasive alien species from protected areas.

The concept of ecological compensation refers to, for example, the administrator of a municipal or corporate construction project compensating for the loss of nature value caused by the project by paying for the protection or restoration of an area with similar nature value. The aim of the provisions on compensation is to establish a framework and system for monitoring the nature value market to enable landowners to obtain a certificate of the value they produce and companies and consumers to differentiate between actual compensation and green-washing.

Many of the calls for clarifying the market came from companies, Kari told Helsingin Sanomat. “This field has been a wild west.”

Pirkka-Pekka Petelius (Greens) viewed during the referral debate that ecological compensation should be mandatory but thanked the drafters of the reform for bringing the concept to the act, saying it could be a means to decouple prosperity growth from environmental degradation.

“The goal mustn’t be to buy a clean conscience but to create incentives for minimising the environmental impacts of economic activity,” he stressed.

Kari pointed out that it is difficult to shift the blame for biodiversity loss to others, unlike for the climate crisis.

“In discussions about the climate, people often ask why are we taking action here, why aren’t we focusing on China and the US and their emissions. Here the entire setting is turned on its head because it’s absolutely clear that no one but us can protect the beautiful Finnish nature,” she said to Helsingin Sanomat.

The proposal drew praise also from the opposition.

The National Coalition is concerned, however, that the introduction of endangered habitat types to the legislation could result in disputes about corporate investments and construction projects being brought before a court.

“We’ll have to find more clarity in this regard,” he said. “We mustn’t make the permit jungle any more complicated.”