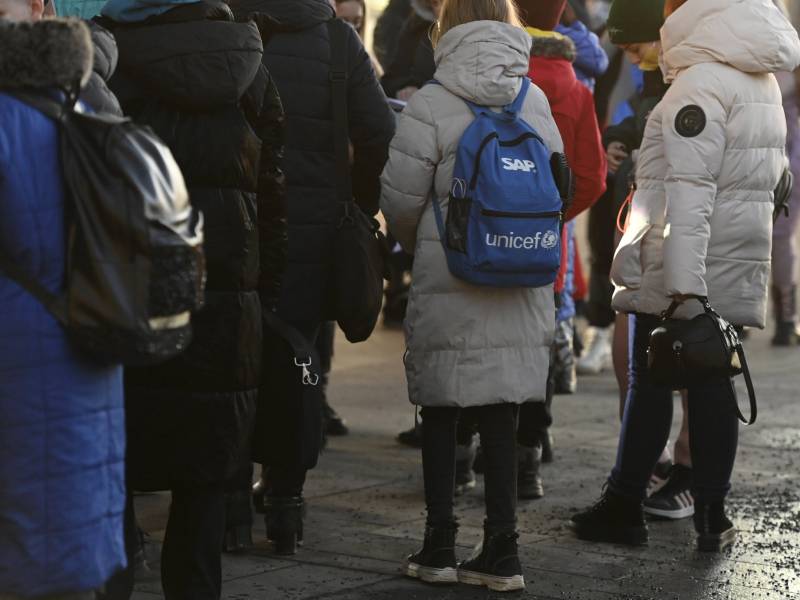 People who had fled the war in Ukraine in West Harbour in Helsinki on 16 March 2022. (Heikki Saukkomaa – Lehtikuva)

THE MINISTRY of the Interior has specified the official estimate of the number of refugees who are expected to arrive in Finland from Ukraine.

The Ministry of the Interior on Thursday reported that its officials expect around 10,000–20,000 people to flee the war-torn country to Finland between May and July. The estimate for the last eight months of the year is 20,000–60,000 people.

“In the long term, there is greater uncertainty about how the number of arrivals will develop: the estimate suggests that in the next two years 10,000–60,000 people a year will flee Ukraine to come to Finland,” the press release reads.

The uncertainty stems from factors such as the development of the military situation in Ukraine, the capacity of neighbouring countries to bring in refugees from Ukraine, the mobility of Ukrainians within the EU, the relocations coordinated by officials in the EU, and the services and opportunities available in Finland.

About 25,000 refugees have so far arrived in Finland from Ukraine. The actual number is believed to be at least somewhat higher because not all arrivals have sought assistance from authorities immediately upon their arrival.

The war is believed to have internally displaced more than eight million people, according to a report published in May by the International Organisation for Migration (IOM). The report also reveals that 2.7 million people have returned home after fleeing the war to another part of their home region or to another region in Ukraine.

The Finnish ministerial working group focusing on internal security and rule of law also announced its support for taking part in the medical evacuation and treatment of patients from Ukraine as part of the EU. As the possible evacuees would be entitled to temporary protection, the cost of treatment would be shouldered by the Finnish Immigration Service (Migri).

The press release states that decisions on receiving the patients would be made in co-operation with hospital districts in an attempt to ensure the capacity of the service system is not jeopardised.