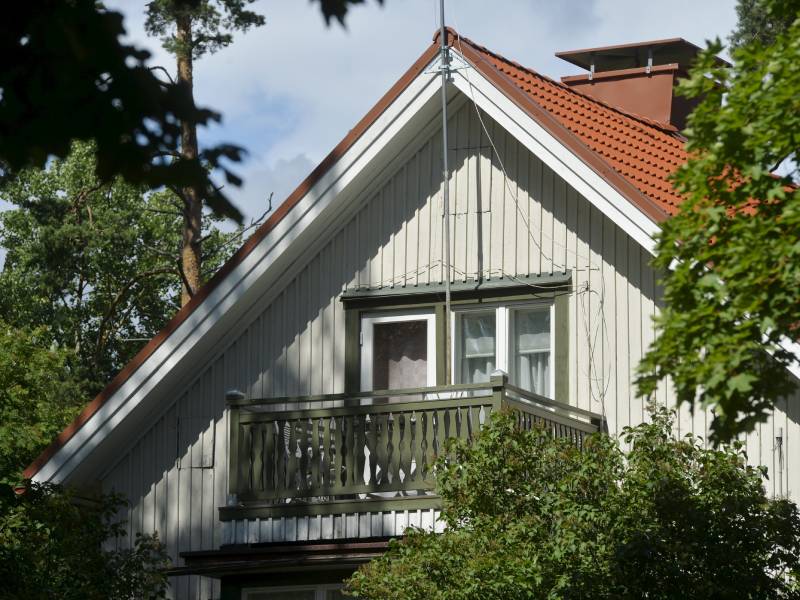 The balcony of a single-family house in Helsinki in July 2020. The prices of old single-family houses rose by over four per cent in municipalities with more than 100,000 inhabitants between January and March 2022, indicates data published by Statistics Finland. (Olivia Ranta – Lehtikuva)

THE PRICES of old single-family houses increased by approximately two per cent year-on-year and one per cent quarter-on-quarter between January and March in Finland, according to data released by Statistics Finland on Wednesday.

The sales of old single-family houses decreased by roughly 10 per cent year-on-year in the first quarter of the year.

Juho Keskinen, an economist at the Mortgage Society of Finland (Hypo), viewed that house buyers are on their toes.

“Russia’s war of aggression has yet to have a notable impact on the latest statistics on the sales and prices of single-family houses. The handbrake is momentarily on, and house buyers are on their toes,” he commented in a press release on Wednesday.

Keskinen pointed out that the prices of old single-family houses have risen especially in large cities during the coronavirus pandemic. Prices in the capital region, for example, surged by more than eight per cent year-on-year in 2021.

“In other parts of the country, the prices rose by six per cent, which is the highest increase in over 10 years – before the coronavirus pandemic, the prices of single-family houses were on the decline across the country,” he reminded, estimating that such increases are currently unlikely even though the need for floorspace that surged due to the pandemic will continue to support the development of single-family house prices.

The cost of repair construction, he highlighted, has increased by 10 per cent over the past year.

Keskinen estimated that as society returns to normal after the pandemic, there is a risk that the prices of old single-family houses return to their pre-pandemic downward trajectory outside the most sought-after population centres.

The Confederation of Finnish Construction Industries (RT) on Wednesday revealed that the majority of construction firms consider project delays and cancellations at least relatively probable due to a shortage of construction materials and equipment linked to the war in Ukraine.

Residential construction has already slowed down and the profitability of construction eroded due to rising material and equipment costs.

“Slowing economic growth, rising interest rates and the temporary saturation of the rental market slows down what had been record-high residential construction. The situation in the house market remains relatively good, however,” commented Jouni Vihmo, the chief economist at RT.

“Demand is maintained by briskly rising household income. Inflation is eating away the purchasing power of wages but also paying off debt. Rising inflation guarantees that fixed assets and the stable Finnish house market are attractive in the eyes of investors.”