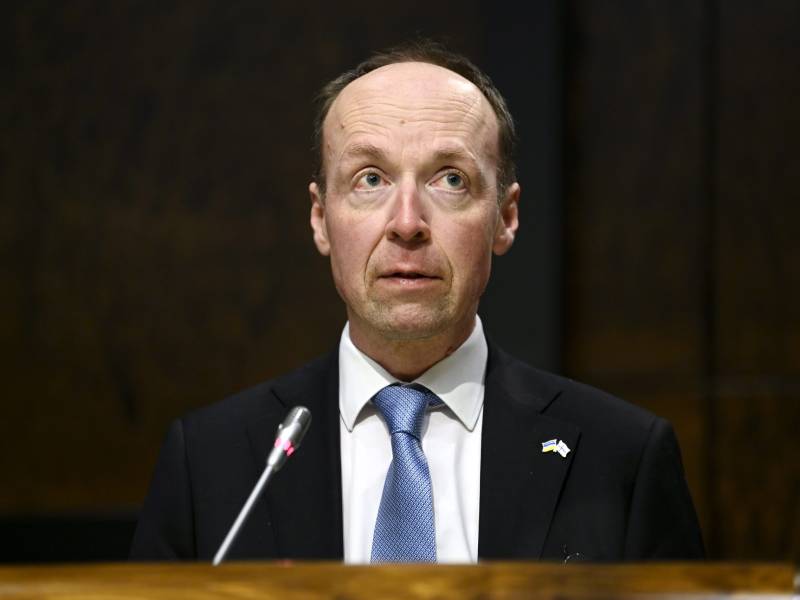 Jussi Halla-aho (PS), the chairperson of the Finnish Parliament’s Foreign Affairs Committee, spoke to the media in conjunction with the release of the committee’s report on Nato. Approved later by the Finnish Parliament, the report states that Finland should apply to join the defence alliance with full rights and obligations. (Emmi Korhonen – Lehtikuva)

IT IS UNREALISTIC to think that the accession process of a country could be thwarted by a single member of the 30-member Nato, estimates Jussi Halla-aho (PS), the chairperson of the Finnish Parliament’s Foreign Affairs Committee.

Halla-aho on Tuesday gave the estimate in response to a question about the remarks emanating from Turkey about the membership bids of Finland and Sweden.

“It’s mostly a question of Turkey’s domestic policy and desire to promote things that are important to it,” he gauged at a press conference held in conjunction with the release of the committee’s report on Nato.

Turkish President Recep Tayyip Erdoğan on Monday reiterated that he intends to reject the membership applications of Finland and Sweden. Turkey has accused the two countries of supporting terrorism – apparently over what it has described as leniency toward the Kurdistan Workers’ Party (PKK) – and demanded that they lift their arms export embargo on Turkey.

Halla-aho said Turkey has previously indicated that it does not want to complicate the accession process. The Finnish government, he added, has laid solid groundwork for the application.

Also Erkki Tuomioja (SDP), the deputy chairperson of the Parliament’s Foreign Affairs Committee, viewed that the statements should be seen as attempts to accomplish domestic policy goals. Turkey, he pointed out, had not expressed its reservations about the aspiring members in advance.