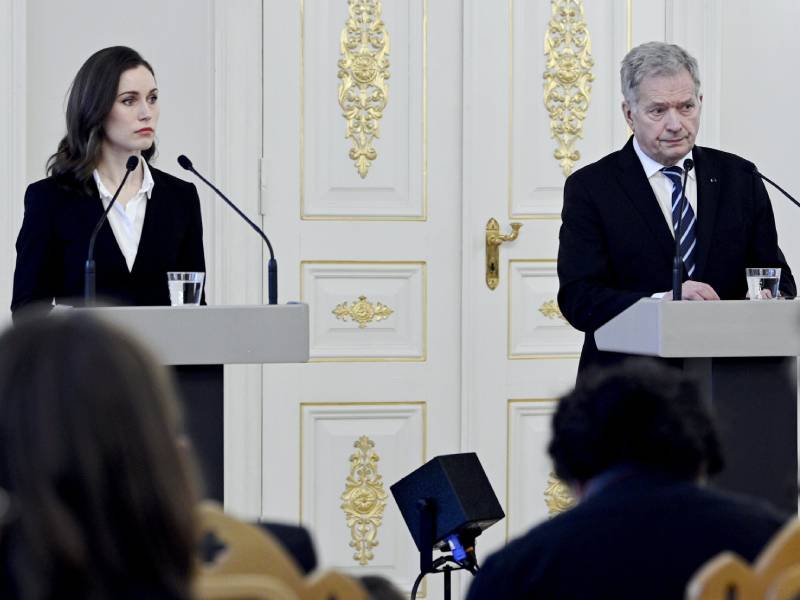 “We hope that the national steps still needed to make this decision will be taken rapidly within the next few days.”

Both Niinistö and Marin estimated that the recent debate surrounding the membership question has been necessary to enable lawmakers and members of the public to formulate their position on the question, as well as to hold discussions with the alliance itself and its members states.

“We wanted to give the discussion the space it required,” they said, explaining the timing of their announcement.

While the debate and broader process has been controlled and largely unsurprising, a deviation of sorts was witnessed on Thursday. Niinistö directed his words directly at Russia during a press conference with British Prime Minister Boris Johnson in Helsinki.

“If it’d be the case that we join, my response would be that you caused this. Look at the mirror,” he said.

Russia, he elaborated, has caused a fundamental shift by changing its stance on the military non-alignment of Finland and Sweden – from viewing that non-alignment promotes stability in the Baltic Sea to demanding that the countries not be accepted into Nato – and launching a full-scale invasion of Ukraine.

“With Sweden, we’ve been non-aligned militarily from our own will. By stating that, Russia actually expressed that you don’t have your own will – and that’s a huge change. That made us think,” he said.

Swedish daily Expressen wrote on Thursday that the Swedish government intends to submit its membership application on Monday, 16 May.