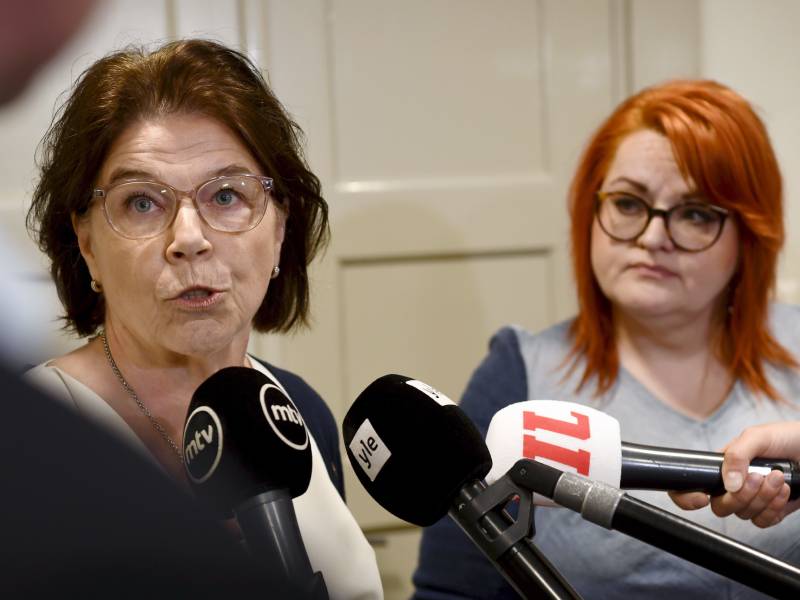 THE UNION of Health and Social Care Professionals in Finland (Tehy) and the Finnish Union of Practical Nurses (Super) have rejected a proposal to settle their labour dispute with Local and County Government Employers (KT).

Millariikka Rytkönen of Tehy and Silja Paavola of Super stated shortly after midday that the settlement proposal was dreadful as it offered no tools to tackle the nursing shortage.

“It was absolutely dreadful. It’d in no way improve or take care of the nursing shortage. The conciliation board unfortunately doesn’t understand how severe a nursing shortage we’re dealing with in our society,” commented Rytkönen.

Both Tehy and Super, she revealed, decided yesterday to start preparing for their next move in the dispute – mass resignations – and are prepared to take action no earlier than after other collective bargaining talks in the municipal sector have been concluded and no later than after social and health care professionals have been transferred to the well-being services counties, at the turn of the year.

“We nurses are in no rush in this situation. We’ll bide our time. We won’t make a bad deal,” she said. “We’ll see when the employer wants to buy industrial peace from us.”

Elina Pylkkänen, the chairperson of the board appointed by Minister of Employment Tuula Haatainen (SDP), admitted to being disappointed that only two trade unions approved the proposal in addition to KT.

“The matter is now entirely between the parties, and the conciliation board will no longer comment on this.”

The proposal would have defined terms and conditions of employment in municipalities and well-being services counties for the next three years and raise the mean wage by a total of 5.1 per cent on top of general wage increases over the next five years.

The increases would not have necessarily been distributed equally between employees, as the proposal allowed for local allocation to “regulate labour shortages” and “reform pay structures”.

Although the programme included a five-year plan on wages in accordance with the demands of trade unions, the proposed increases were significantly smaller than those demanded by the nursing unions.

Tehy and Super have called for a five-year programme that would guarantee annual wage increases that are 3.6 percentage points higher than general increases. Calculations by the Ministry of Finance suggest that such an increase would cost 3.7 billion euros a year toward the end of the five-year term.

The municipal sector provides employment to about 425,000 wage earners.

KT described the demands as exceptionally high, reminding that labour costs could already increase by as much as one billion euros due to the wage harmonisation carried out in conjunction with the social and health care reform.

“What do you mean you can’t afford them,” retorted Rytkönen. “Can you afford not to pay in the middle of this kind of a nursing shortage? We’re solving a major societal problem, so the question is can we afford not to pay.”

Paavola shifted the blame to the government.

“Only the Finnish government can provide the funding,” she said. CBAs can be used in certain sectors to improve working conditions and establish reasonable ways of working, but the question here is when will the Finnish government wake up to the total nursing shortage, or is the thinking really that if you’re sick you’re not fit for society and if you’re old or disabled you’re not fit for society.”