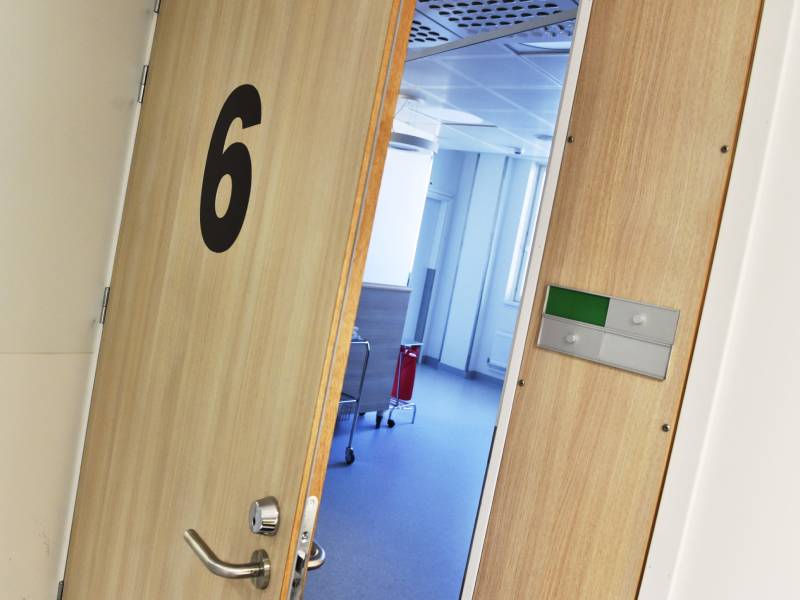 A view into an examination room through an ajar door. Finnish Institute for Health and Welfare’s (THL) analysis of over 2,400 suicides that occurred between 2016 and 2018 shows that over one-fifth of the victims attended a health care appointment on the day of their suicide. (Emmi Korhonen – Lehtikuva)

A STUDY by Finnish Institute for Health and Welfare (THL) indicates that self-destructive tendencies are often undetected in health care.

THL has conducted a study incorporating about 2,400 suicides that occurred in 2016–2018, finding that 21 per cent of suicide victims attended a health care appointment on the day of the suicide and almost half no earlier than a week before the suicide.

The results indicate that seeking treatment has become more common, but also that health care professionals continue to struggle with detecting and alleviating suicide risk.

Marena Kukkonen, a suicide prevention specialist at the Finnish Association for Mental Health (Mieli), told YLE on Monday that the failure to detect and address self-destructive tendencies is likely attributable to several reasons.

“Maybe there’s isn’t the expertise or courage, or maybe it’s thought that bringing up the issue isn’t necessary. Something does go wrong in the encounter,” she said, speculating that perhaps the patient and health care professional each expects the other to bring up the issue. “When you don’t have an encounter, you end up talking about easier issues: you focus on flu symptoms, back pain or other ailments.”

Another indicator of the difficulty of encountering patients is that no reason for the appointment was specified for over half of people who had a patient-care relationship on the day of the suicide, estimated Timo Partonen, a research professor at THL.

“It means that we don’t know what they were seeking help for. This activity at appointments should be addressed. The research data doesn’t tell us enough about whether help was offered or whether people turned down treatment,” he said to the public broadcasting company.

An earlier study has found that self-destructive behaviour was discussed during an appointment with only a fifth of people who committed suicide no later than a month after the appointment.

A well-known part of the problem is that even if the suicide risk was detected, treatment that is quick and comprehensive enough is not always available. Waiting times for mental services have only increased during the coronavirus pandemic.

“If the next appointment is weeks from now, it may be too long a time,” told Partonen.

One of the conclusions drawn in the recent study is that the frequency of appointments should be increased to at least once a week following the detection of suicide risk.

Suicides in Finland have decreased significantly since the early 1990s, from about 1,500 a year to 700. The incidence of suicides is currently high particularly in Kainuu and Länsi-Pohja, according to data compiled by THL. The incidence is lower than the national average in Central Ostrobothnia, Ostrobothnia, Pirkanmaa, South Karelia, South Ostrobothnia, South-west Finland and Uusimaa.