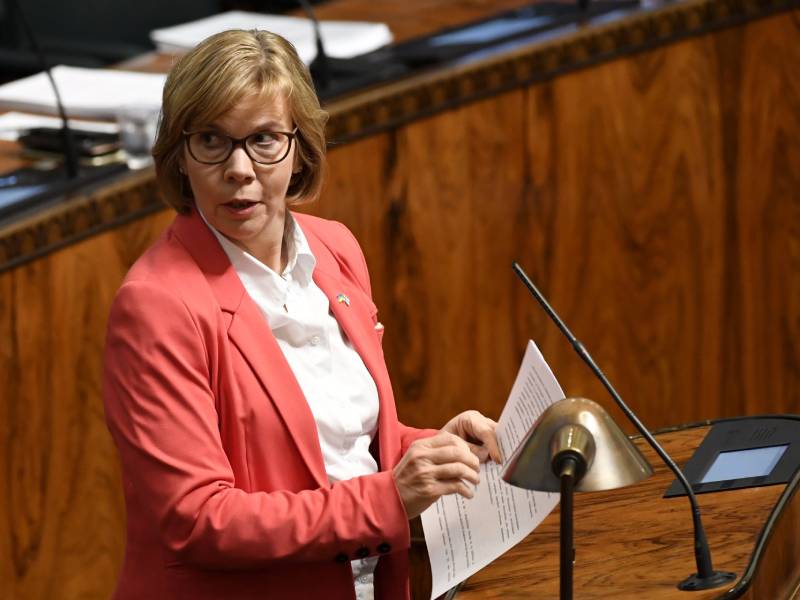 MINISTER of Justice Anna-Maja Henriksson (SFP) believes Ukraine should be made a member of the EU.

“The EU presently has the important task of creating and fostering hope among Ukrainians. Ukraine belongs in the EU in the future, and the Swedish People’s Party advocates drafting a long-term roadmap for Ukraine’s membership in the EU,” she stated in a press release issued on Europe Day.

Celebrated annually on 9 May, the day is more important than it has been for a while due to Russia’s invasion of Ukraine, according to Henriksson.

Finnish Business and Policy Forum (EVA) on Monday reported that Finns are more positive than ever before about the EU, with two-thirds describing their views about the membership as positive and only 15 per cent as negative.

The majority of respondents expressed their agreement, be it full or partial, with the statement that the 27-country bloc should have a common defence.

Most Finns, the survey found, are also supportive of the possible membership of Ukraine. The country was regarded as a good fit for the union by almost six in ten (59%) of the 2,074 people surveyed on 4–15 March. Only 13 per cent disagreed with the statement that Ukraine would make a good future member of the EU.

Ukrainian President Volodymyr Zelensky signed Ukraine’s membership application on 28 February, only four days after the invasion by Russia. Ursula von der Leyen, the president of the European Commission, has stated that there is a desire to welcome Ukraine to the EU, stopping short of specifying the timetable for the membership process.

Membership in the 27-country bloc requires a functioning market economy; stable institutions that guarantee democracy, human rights, the rule of law and respect and protection for minorities; and the ability to effectively implement the obligations associated with the membership, including adherence to the aims of political, economic and monetary union.