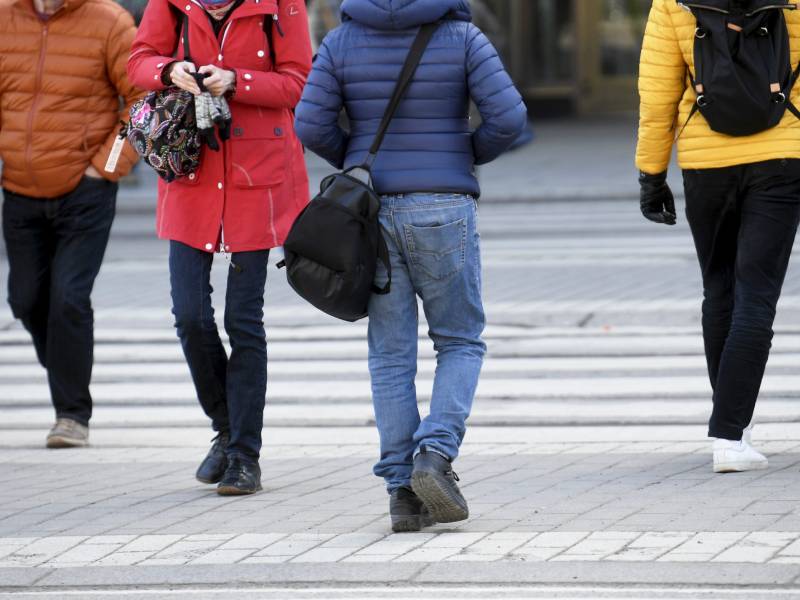 Pedestrians crossing the street in Helsinki on 12 April 2022. A 17-country survey shows that Finns are predominantly of the view that Russia deserves all or most of the blame for the war in Ukraine. (Vesa Moilanen – Lehtikuva)

PEOPLE in Finland are widely of the opinion that Russia is entirely or mostly responsible for the war in Ukraine, reveals a 17-country survey conducted by YouGov and the European University Institute.

As many as 85 per cent of respondents in the country estimated that responsibility for the situation is attributable entirely to Russia or more to Russia than Nato.

Russia was regarded as the party mostly to blame by at least 70 per cent of respondents also in Sweden (80%), the UK (79%), Denmark (79%), Poland (73%) and the Netherlands (70%). Most Bulgarians and Greeks, by contrast, did not agree with the view that all or most of the blame should be put on Russia.

Russia was nonetheless regarded as the sole or primary responsible party by at least 50 per cent of respondents in 13 of the 17 countries surveyed.

Finns also widely believe investments in defence and security are the preferred approach to defend against aggression from Russia. Almost two-thirds (64%) of Finns said European countries should adopt the approach, marking the second-highest percentage in the survey after the 69 per cent measured in Poland.

Investments in defence and security were deemed the preferred approach also by over 60 per cent of people in Lithuania (63%) and Sweden (60%).

European countries should invest more in trade and diplomacy to improve relations with Russia was the majority view in Bulgaria (57%) and Greece (55%). In both countries, only one-fifth of respondents expressed their preference for investing in defence and security.

“These findings indicate that the European publics are more divided than current discourse about unified European responses toward the war in Ukraine would lead one to believe,” analysed Dietlind Stolle, a professor of political science at McGill University.

The differences, she added, may be attributable to strong historical relations, be it political or religious, with Russia or scepticism toward the West and Nato.

The survey was conducted on 1–25 April.