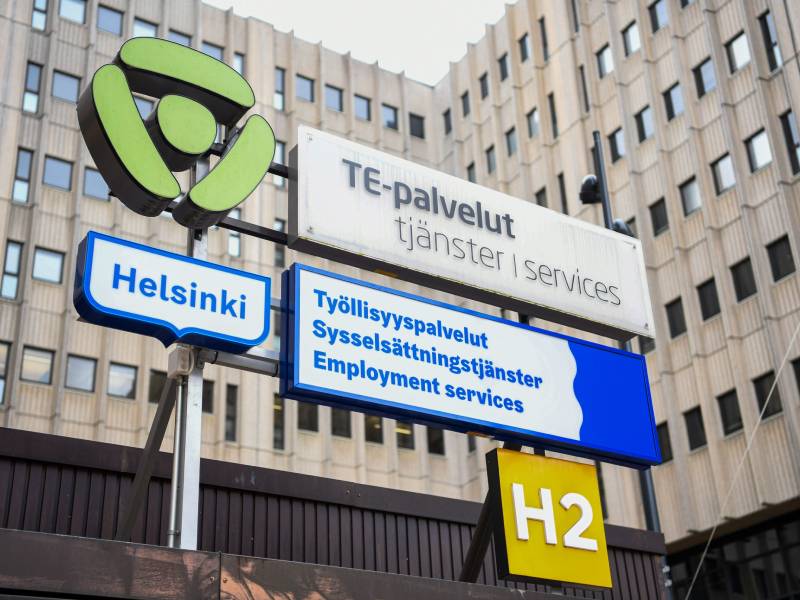 Signs outside the TE Office in Pasila, Helsinki, on 27 August 2021. Employment officials are required to contact and meet job seekers much more frequently than previously starting on 1 May 2022. (Silja-Riikka Seppälä – Lehtikuva)

FINNS who register as job seekers as of today will be required to sit down with employment officials as often as once every two weeks and send as many as four job applications every month to remain eligible for unemployment benefits.

Timo Meling, a senior specialist of legal affairs at the Ministry of Employment and Economic Affairs, told YLE on Sunday that the objective of more frequent meetings is to get to know job seekers better and enable them to return to the labour force quicker than earlier.

The frequency of contacts and meetings will remain higher than earlier also after the first three months, according to Meling.

Another new feature is the obligation to apply for four jobs a month.

“There are numerous exceptions to this that can take into consideration, for example, the weak labour market situation, there being no job openings and bigger problems with the capacity to work,” he said.

A key difference to the previous obligation is that job seekers themselves will be able to choose what positions they apply for; previously they had to maintain their eligibility for benefits by responding to job offers sent by TE Offices.

The non-eligibility periods for benefits have also been shortened – with the longest cut in half from 90 to 45 days – and the rules revised to state that the first violation will no longer trigger a non-eligibility period. The second violation, though, will trigger a seven-day period during which the job seeker is not entitled to unemployment benefits.

Employment and Economic Development Offices (TE Offices) have hired about 1,200 experts to handle the rising workload.

The Ministry of Employment and Economic Affairs estimates that the investment in early stages of unemployment will grow the ranks of the employed by 9,500–10,000 and reduce public costs by roughly 140 million euros as of 2025.

The Finnish National Organisation of the Unemployed has expressed its reservations about the effectiveness of the system.

“Its main benefit may be that it makes finding work faster, but it doesn’t necessarily change how many jobs are available. It isn’t necessarily too realistic in that sense,” Jukka Haapakoski, the chief operating officer at the National Organisation of the Unemployed, commented to YLE.

His other concerns include the capacity of job seekers to send four job applications a month, the ability of employment officials to meet job seekers at the proposed frequency and the consequences of the resource re-allocation for the long-term unemployed.

Only eight per cent of the long-term unemployed are within the unemployment security system, he reminded. “They should be offered training more systematically than today.”