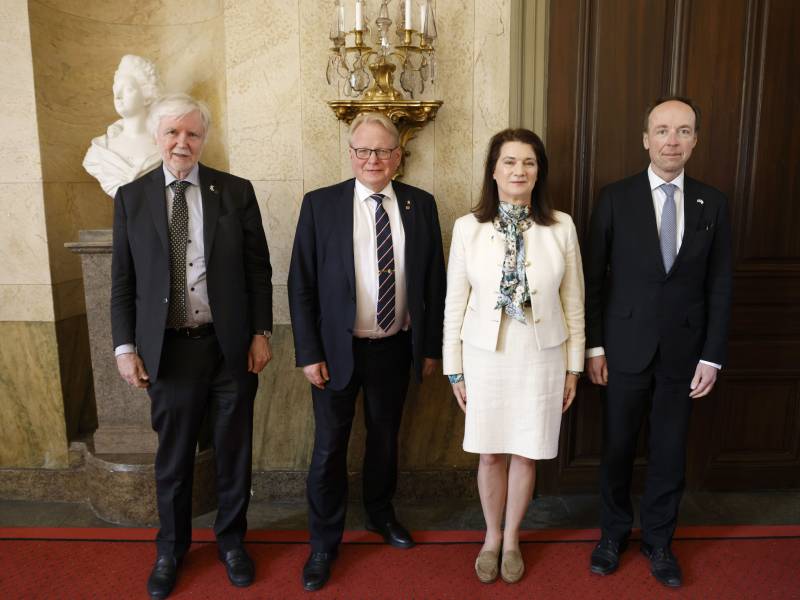 MEMBERS of the Finnish Parliament’s Foreign Affairs Committee on Thursday delivered a fairly unambiguous message to policy-makers in Sweden: Finland will likely apply for Nato membership in the coming weeks.

“We’ve tried to use all sorts of circus tricks here to tell that the decision has been made,” Elina Valtonen (NCP), a member of the Foreign Affairs Committee, stated to Helsingin Sanomat.

Erkki Tuomioja (SDP), the deputy chairperson of the committee, told Swedish policy-makers that Finland will probably submit its membership application in the coming weeks, given that the move is backed by “a strong majority” of both the public and lawmakers.

“I stated this regardless of whether I personally think it’s a good or a bad thing,” he added to the newspaper in Stockholm.

Jussi Halla-aho (PS), the chairperson of the committee, viewed that the most important takeaways from the meetings were discussions about how the two countries will move forward with the process. News that the Swedish government will try to expedite its analysis of the process broke in the middle of a meeting between the Finnish Foreign Affairs Committee and the Swedish Joint Foreign Affairs and Defense Committee.

“The news stirred up some satisfied amusement among the Swedes,” said Halla-aho.

Swedish policy-makers, he added, were interested in the process and decision-making in Finland. “On the other hand, they were also interested in whether we already know the outcome and whether we’re simply trying to devise a process that leads to that outcome. And that may well be the case. In Sweden, it seems to be considerably more uncertain what the debate leads to, if it gets off eventually.”

Halla-aho said Tuomioja made it clear that Finland is moving toward the pre-determined objective of joining the defence alliance. Tuomioja himself said the white paper the government released last week lays down a clear path to membership, adding that it would important that the process yields the same outcome in Finland and Sweden.

“It’d be very harmful to both if one was and the other wasn’t in Nato,” he viewed. “I hope Swedes proceed with the matter with roughly the same timetable so that we can reach a joint solution.”

Halla-aho said Sweden is pleased that Finland has given a clear signal of its willingness to move forward in step with Sweden. “This was viewed to provide some urgency, structure and resolve to the debate in Sweden,” he explained.

Finnish policy-makers gave a number of interviews to Swedish media on Thursday. Swedish daily Aftonbladet wrote in its story that the position of leading Finnish policy-makers is already clear and cited estimates that Nato membership would receive the backing of as many as 180 of 200 Members of the Finnish Parliament.

Accounting by Helsingin Sanomat indicates that 112 lawmakers are in favour of and 12 are against the membership in Finland. A little over a fifth (43) of lawmakers have yet to declare their position on the issue, while 33 have stated that they cannot say yet.