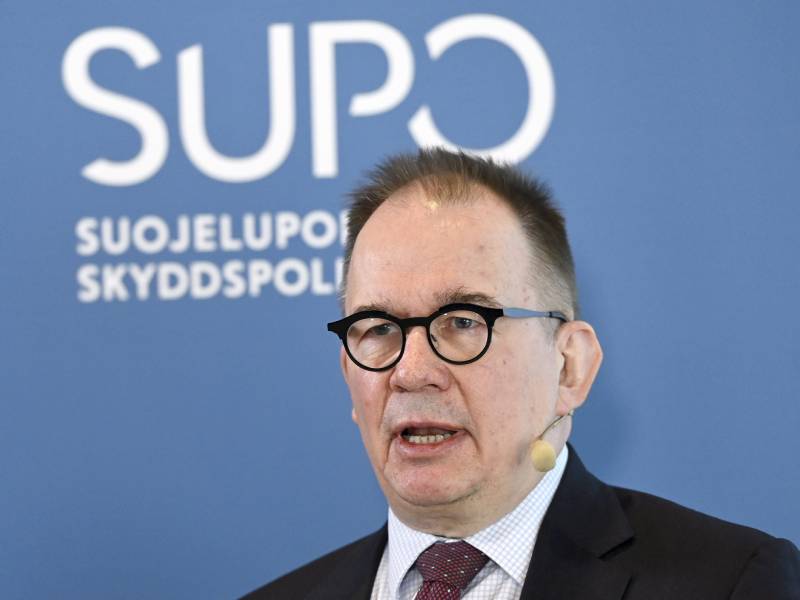 Antti Pelttari, the director general of the Finnish Security Intelligence Service (Supo), reacted at the launch event of the security agency’s latest yearbook in Helsinki on 29 March 2022. (Heikki Saukkomaa – Lehtikuva)

EVEN THOUGH Russia has tied up its military and other resources in Ukraine, Finland should prepare for possible influence and information campaigns from Russia, Antti Pelttari, the director of the Finnish Security Intelligence Service (Supo), said on YLE A-studio on Monday.

“The situation is calm,” he noted. “But we have to prepare specifically for influencing, be it cyber-influencing or, more probably, information influencing.”

An early indication of what is to come was possibly received on Friday. The Ministry of Defence and Ministry for Foreign Affairs’ websites were taken down by denial-of-service attacks that coincided with the appearance of Ukrainian President Volodymyr Zelensky in the Finnish Parliament.

“They’re expected. And they’re in a way visible, but they’re harmless in the sense that they don’t cause damage. Finland has prepared well for these, and also these attacks were brought under control,” Pelttari stated to YLE.

Russia, he added, has not been confirmed as the source of the attacks, but the possibility also cannot be ruled out: “It can’t be ruled out, but it’s also naturally pretty hard to prove.”

“If you think about the targets and the timing, it’s hard to dismiss the thought,” he added when asked whether it could be possible to interpret the attacks as the start of an influence campaign by Russia.

Even before Russia began its brutal military offensive in Ukraine, Supo had drawn attention vulnerabilities in critical Finnish infrastructure to cybercampaigns.

“We’ve taken this question seriously,” stated Pelttari. “This infrastructure is being maintained not only by state operators, but also by municipalities and companies. I’m confident that everyone recognises their responsibility for maintaining critical infrastructure fairly well these days.”

As the Nato debate continues in the country, it is important that all stakeholders make sure their systems are intact and prepare for disinformation campaigns, according to him.