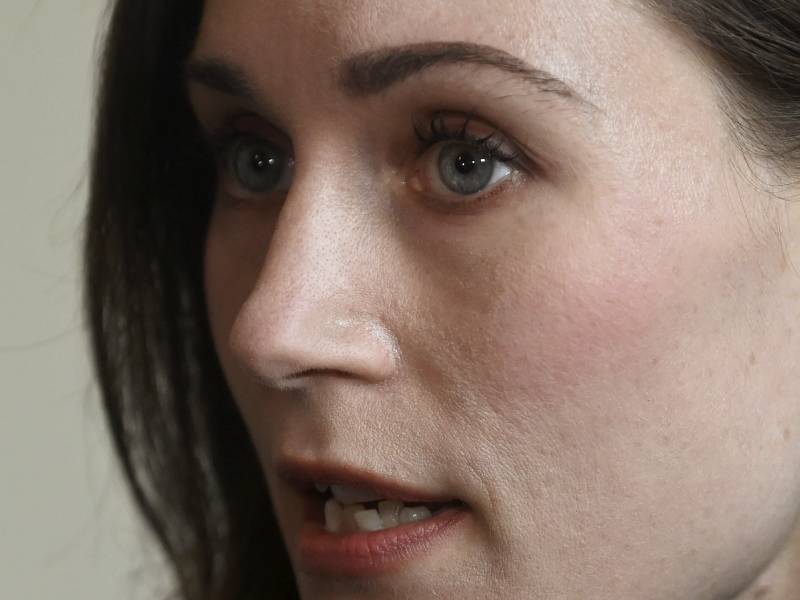 “Forty-five days of war is forty-five days too many,” Prime Minister Sanna Marin (SDP) said in an interview on YLE TV1 on Saturday. (Vesa Moilanen – Lehtikuva)

PRIME MINISTER Sanna Marin (SDP) stated on YLE TV1 on Saturday that the European Union has yet to do enough in imposing sanctions against Russia.

Marin stated to the public broadcasting company that the 27-country bloc has to muster the ability to decide not only on a ban on coal imports, but also on a long-overdue ban on oil and possibly natural gas imports from Russia.

“It’s clear that unless energy is part of the sanctions, we’re continuing to finance [Russian President Vladimir] Putin’s war. And that’s an untenable situation,” she said.

Members of the European Union on Thursday reached an agreement on a new package of sanctions against Russia. The fifth sanctions package is the first to target the energy sector, by prohibiting the purchase, import or transfer of coal and other solid fossil fuels that originate in or are exported from Russia.

Russia has accounted for nearly a half (46.8%) of the eight billion euros worth of coal imported into the union.

The package also includes additional export bans on critical goods such as jet fuel, advanced semiconductors and transport equipment; import bans on products such as wood, cement and fertilisers; denial of port access to vessels registered under the Russian flag; and a complete cutting off of four Russian banks from EU markets.

While Finland is prepared to continue ramping up the sanctions, including against the energy sector, it is critical that such decisions are made jointly by the EU, underlined Marin.

“We’re well aware that Germany is very reliant on gas imported from Russia. We have to put our heads together to figure out how we can help Germany to wean itself off gas as soon as possible,” stated Marin.

Finland has already taken steps to reduce its reliance on Russian natural gas by tentatively agreeing to lease a large liquefied natural gas (LNG) terminal ship in co-operation with Estonia. Minister of Economic Affairs Mika Lintilä (Centre) said the ship will put the country in a position to follow in the footsteps of the Baltics and break its dependence on gas from Russia.

“It isn’t a boat but a pretty big ship,” he commented to YLE on Thursday. “Finland consumes about five times as much gas as Estonia, but a terminal ship of this size will be able to guarantee and secure Finland’s gas needs together with the Baltic Connector gas pipeline.”

Marin on Saturday also said Finland is prepared to deliver further aid to Ukraine, be it financial, humanitarian or military.

The Finnish government will unveil its assessment of changes in the security environment on Wednesday. The assessment deals not only with the foreign, security and defence-policy implications of the war, but also with its ramifications for the economy, preparedness, security of supply and border and cybersecurity.