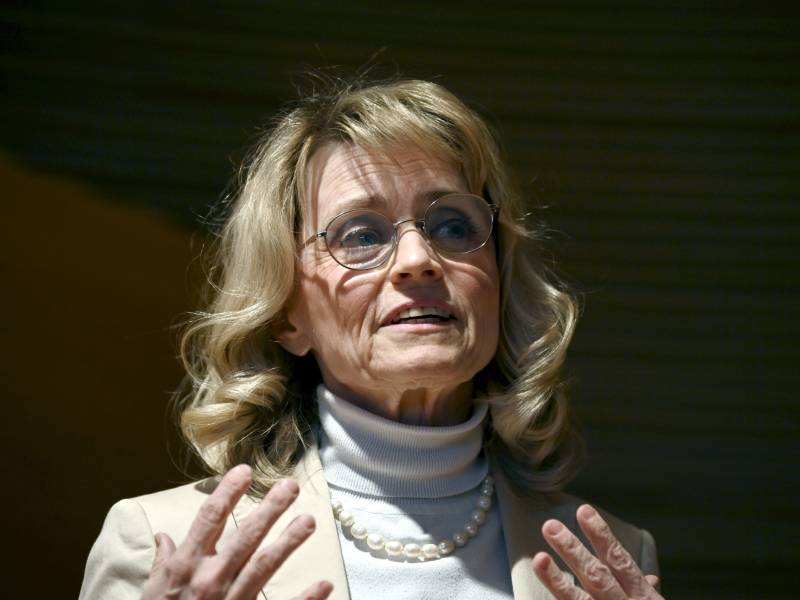 Päivi Räsänen, a sixth-term Member of the Finnish Parliament from Häme, on Wednesday commented on the District Court of Helsinki’s decision to acquit her of charges brought over a series of derogatory statements. (Emmi Korhonen – Lehtikuva)

THE DISTRICT COURT of Helsinki on Wednesday dismissed all charges brought against Päivi Räsänen, a former chairperson of the Christian Democratic Party, and Juhana Pohjola, a representative of the Evangelical Lutheran Mission Diocese of Finland.

The charges were linked to homosexuality-related statements made by Räsänen between 2004 and 2019.

Räsänen was charged with three counts and Pohjola with one count of ethnic agitation. They both denied the charges throughout the proceedings, citing freedom of speech and freedom of religion.

The District Court of Helsinki reminded in its verdict that although the freedoms are not unrestricted, restricting them does require a particularly weighty societal reasons. Safeguarding the equality and human dignity of sexual minorities could constitute such a reason in certain circumstances, it added.

All of Räsänen’s statements were ruled to have been at least somewhat derogatory toward homosexuals but not to the extent that they would not be protected under freedom of speech.

Räsänen characterised homosexuality as a disorder of psychosexual development in a pamphlet published in 2004 by the Evangelical Lutheran Mission Diocese of Finland. She in 2019 commented on co-operation between the church and a pride parade by tweeting the question, how “elevating sin and shame as a source of pride” can be reconciled with the foundation of the church’s teachings, the Bible.

While both statements were ruled to be derogatory, the court estimated that their intention was not to insult or degrade homosexuals. The former, for example, was instead interpreted as an attempt to defend concepts of family and marriage that align with her religious convictions.

Räsänen in 2019 also infringed on the equality of homosexuals by arguing during a radio interview that God did not originally create man as a homosexual but as a heterosexual.

Prosecutor Anu Mantila contrastively was surprised by the verdict, adding that the prosecution was hoping that the court would weigh up the principles of equality and non-discrimination more carefully against freedom of speech and freedom of religion.

“They interpreted the statements differently than the prosecution and that’s why they viewed that the limits of freedom of speech weren’t breached,” she analysed. “It’s my impression that this is because the elements that infringed on equality and the prohibition of discrimination weren’t taken into consideration accordingly.”

She added that there is “a high probability” that the prosecution files for a leave to appeal against what she viewed was an incorrect and unjust verdict.