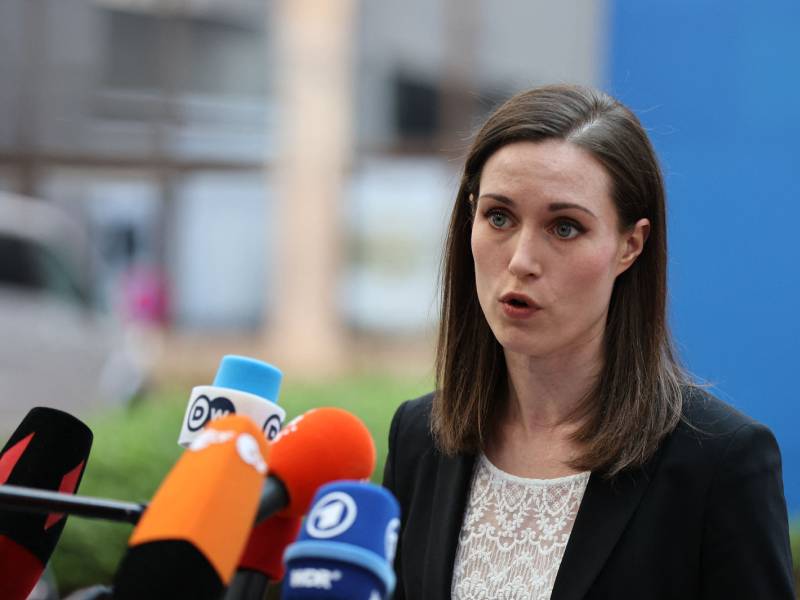 Prime Minister Sanna Marin (SDP) spoke to reporters in Brussels on Thursday ahead of a meeting of the European Council. (Aris Oikonomou – AFP/Lehtikuva)

LEADERS of the European Union share a willingness to step up the sanctions imposed over Russia’s invasion of Ukraine, Prime Minister Sanna Marin (SDP) viewed in Brussels on Thursday.

Marin said the European Council will seek to find whatever loopholes are undermining the effectiveness of existing sanctions and make sure the sanctions are truly functioning, according to Helsingin Sanomat.

Among the additional measures weighed up, she said, will be sanctions against additional individuals and expanding the block on Russian financial transactions facilitated by Swift.

Tougher measures were called for by several heads of state on what was a hectic day of diplomacy that comprised a meeting of Nato, the G7 and the European Council. Polish Prime Minister Mateusz Morawiecki stated that the EU must “crush” Russia with sanctions over what has turned into a “massacre” in Ukraine.

Russia, he added, was trying to “re-establish the ‘empire of evil’”.

Bruegel, a think tank based in Brussels, has calculated that if energy prices continue to rise, Europe may end up paying an average of 770 million euros a day to Russia in the first half of 2022.

Marin reminded earlier this week that the bloc has already imposed unprecedentedly strict sanctions on Russia. “Will they be enough, that we don’t know yet. Finland is ready for additional measures, we’ve stated this openly already in earlier meetings. We’re ready for all measures that the commission is proposing also when it comes to energy sanctions,” she said to reporters on Wednesday.

By threatening to use biological and chemical weapons, Russia is continuing to demonstrate its blatant disregard for international rules, according to Marin.

“The reaction and response from western countries and our partners must be very firm, and for our part we’ll have to be prepared to adopt various measures. Economic sanctions are the measure we’re using, and there’s still room to tighten in that regard. And Finland is ready to take further action.”

While Finland may be ready to impose restrictions also on oil and natural gas and imports, its readiness is not shared by all countries. Calls from Poland and the Baltics to prohibit energy imports from Russia have been met with hesitation from Germany, which brings 55 per cent of its gas imports from Russia.

German Chancellor Olaf Scholz said on Wednesday that an immediate boycott of Russian energy would plunge “Germany and all of Europe into recession”.

US President Joe Biden called attention to the importance of the west being united before the European Council meeting, the first ever attended by a US president. “The single most important thing we had to do in the west is be united,” he stated.

The European Council meeting will continue today, on Friday.