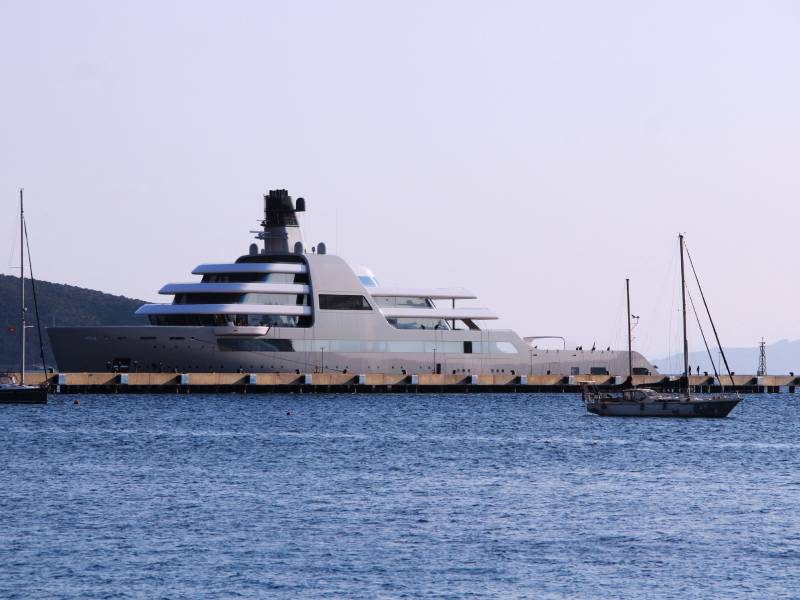 My Solaris, a Bermuda-flagged luxury yacht owned by Russian oligarch Roman Abramovich, was moored in a dock on the Aegean coast of Turkey on Monday, 21 March 2022, beyond the reach of EU sanctions. Abramovich is one of 877 individuals subjected to sanctions by the EU over Russia’s invasion of Ukraine. (Ihlas News Agency – AFP/Lehtikuva)

FINNISH CUSTOMS has placed a total of 21 yachts under a transfer ban on grounds of suspicion that they are owned by oligarchs or other individuals falling within the sanctions regime of the EU, Sami Rakshit, the head of the enforcement department at Finnish Customs, confirmed to YLE on Monday.

Helsingin Sanomat wrote about the detentions based on information it had obtained earlier on Monday.

Rakshit told YLE that customs officials are presently investigating whether the yachts belong to individuals or companies that are subject to sanctions levied by the 27-country bloc over Russia’s invasion of Ukraine. If the officials obtain confirmation of ownership, the yachts will be impounded by the National Enforcement Authority Finland.

The enforcement authority has already impounded one yacht in Finland, according to Finnish Customs.

Helsingin Sanomat reported that Finnish Customs informed the winter storages housing the yachts that the yachts must not be moved anywhere between Thursday and Friday. The newspaper wrote at the beginning of this month about a 32-metre yacht stored in Kotka, Southern Finland, that has been used by Dmitry Medvedev, a former president and prime minister of Russia.

Medvedev is one of altogether 877 individuals subjected to sanctions levied by the EU.