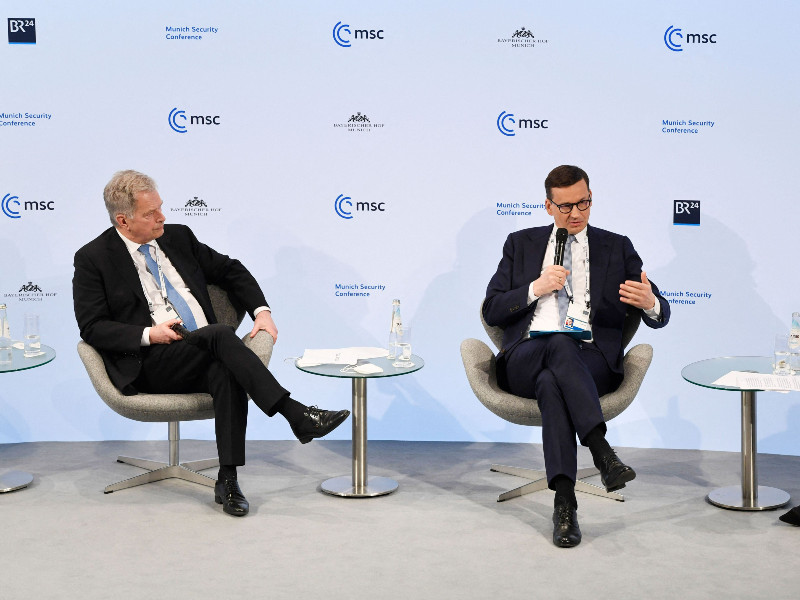 PRESIDENT Sauli Niinistö has indicated that he is unsure whether his Russian counterpart, Vladimir Putin, has made up his mind to invade Ukraine.

“It’s impossible for me to say what has been going on in his head. It’s naturally something that has been suspected for some time,” he was quoted as saying by YLE at the Munich Security Conference in Munich, Germany, on Saturday.

“It’s now worth taking note, however, that preparations are simultaneously underway for a meeting sometime in the middle of next week between [Russian Minister of Foreign Affairs Sergey] Lavrov and [US Secretary of State Antony] Blinken,” he added. “But yes, there are ominous signs in Ukraine.”

US President Joe Biden on Friday stated that Putin has decided to invade Ukraine, citing intelligence gathered by the US. “I’m convinced he’s made the decision,” he stated before urging his fellow head of state to “choose diplomacy”.

“It is not too late to de-escalate and return to the negotiating table.”

Finland has been suggested as one possible location for what would certainly be a high-stakes meeting, but such suggestions remain largely theoretical, according to Niinistö. “What we were asked for was really a confirmation of the old: I’ve for years said that Finland is ready to offer good diplomatic services, but it seems that they’ve recently been convening in Geneva.”

He was also asked whether the situation has changed the way he thinks about the possibility of Finland joining Nato.

“We have a very stable situation at the moment and, perhaps surprisingly, it’s looking very stable also in the Baltic Sea. I wouldn’t recommend that anyone draw any lightning-fast conclusions from this,” he replied.

While the Ukraine crisis was the foremost theme of the Munich Security Conference, the roughly 500 heads of state and policy makers who participated also discussed issues such as the climate emergency, pandemic prevention and the situation in Afghanistan. Russia did not send a delegation to the conference for the first time since 1991.

“We’re now on a chess board where not making a move is also a move, meaning maybe the absence is also a sign,” analysed Niinistö.

The main event of the conference was a panel discussion between Niinistö, Ukrainian President Volodymyr Zelensky, Polish Prime Minister Mateusz Morawiecki, British Foreign Secretary Elizabeth Truss and US Senator Amy Klobuchar. Niinistö drew attention to the exceptional nature of the situation, estimating that six months ago no one could have imagined such a threat of war in Europe.

“We’re faced with a kind of question that’s very difficult for the civilised world. How to react to behaviour that in a way is as if from another planet?”

He also compared the current situation to pre-Winter War Finland, when Soviet Premier Joseph Stalin thought he could divide the Finnish population to make it easy to conquer Finland. What happened was the opposite: the population came together in the face of the challenge.

“I feel like the western world is feeling the same right now. We’re being challenged, [but] we’re together,” he was quoted as saying by Helsingin Sanomat.

Earlier on Saturday, Niinistö had what he described as a thorough discussion on means to resolve the acute crisis with German Chancellor Olaf Scholz. Scholz on Tuesday caused concern in Finland by stating in Moscow that Nato’s expansion to the east is not on the agenda in the near future.

“Nato’s door is open, no doubt about that,” Niinistö tweeted on Saturday.