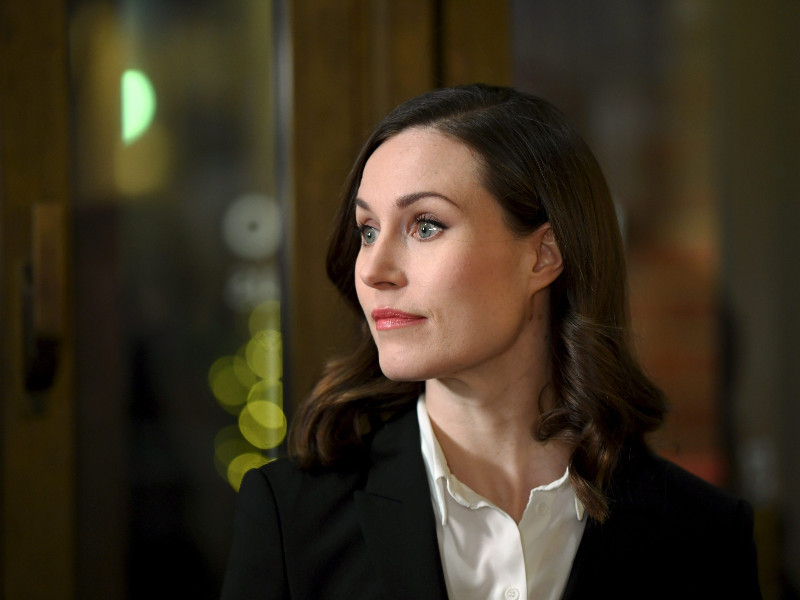 Prime Minister Sanna Marin on Tuesday sat down with the chairpersons of other ruling parliamentary groups to discuss tearing down some coronavirus restrictions ahead of previously announced schedule. (Antti Aimo-Koivisto – Lehtikuva)

PRIME MINISTER Sanna Marin (SDP) on Tuesday announced the government is considering re-allowing so-called low-risk cultural and sporting events by means of the coronavirus passport on a shorter timetable than estimated previously.

“The government will evaluate the necessity of restrictions relative to the development of the epidemiological situation,” she stated on Twitter.

“Using the coronavirus passport to open low-risk cultural and sporting events and expand the opening hours of food restaurants must be weighed up on a shorter timetable than anticipated,” she added.

Marin had stated roughly a week ago that the government could begin gradually relaxing the restrictions in mid-February.

“The epidemiological situation permitting, the gradual easing of restrictions and re-introduction of the coronavirus passport could begin after mid-February. The method and order for easing the restrictions will be outlined in the updated coronavirus strategy, and the government will make a separate decision on the issue later,” read a government press release dated 18 January.

The government has already agreed to abandon the recommendations concerning the leisure activities of children and young people and remote instruction in higher education at the end of January.

Helsingin Sanomat on Tuesday wrote, citing sources within the government, that the prime minister discussed relaxing the restrictions on a shorter timetable with the chairpersons of other ruling parliamentary groups and opted not to submit the conclusions for approval to the Ministry of Social Affairs and Health. The ministry has been a vocal advocate of stricter measures in the fight against the coronavirus pandemic than, for example, the Finnish Institute for Health and Welfare (THL).

One reason for the change of mind could be the string of decisions announced by regional authorities, including in the capital region, to ease the restrictions.

The task force coordinating efforts to fight the epidemic in the capital region, for example, announced this week it is recommending that the restrictions on low-risk spaces such as gyms, swimming halls and the common facilities of shopping centres be torn down gradually as of 1 February.

It pointed to, for example, declining strain on social and health care as justification for the decision.

Asko Järvinen, the chief physician in charge of infectious diseases at the Hospital District of Helsinki and Uusimaa (HUS), told YLE yesterday that the capital region may have already witnessed the peak of the omicron epidemic.

“The patient numbers have been really stable for already a couple of weeks. This likely means that the epidemic has already reached its peak level, even though the number of patients is still really high,” he said.

The Finnish government is expected to sit down to discuss extending the restrictions on restaurants and the shelving of the coronavirus passport either this or next week, according to Helsingin Sanomat.