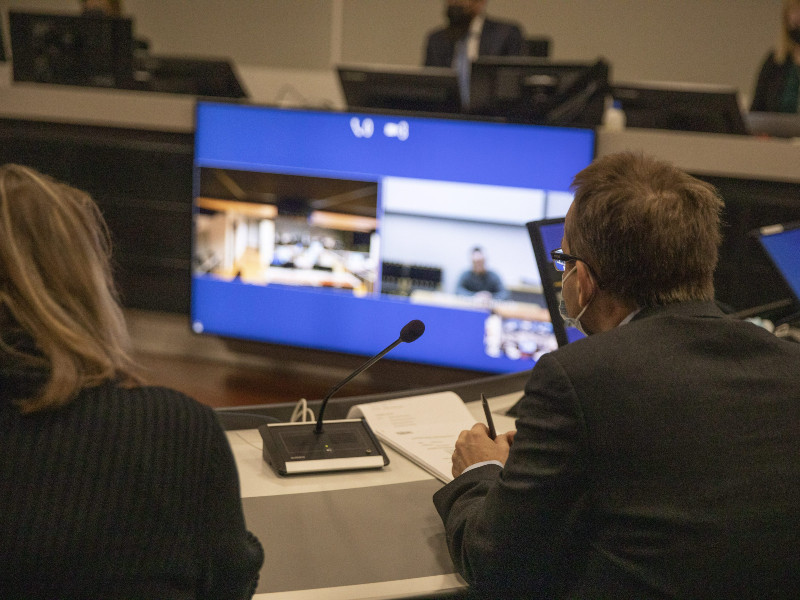 The defendant answered to charges including two counts of murder and three counts of attempted murder through a video link at the District Court of Varsinais-Suomi in December 2021. (Roni Lehti – Lehtikuva)

THE DISTRICT COURT of Varsinais-Suomi on Monday found an under 30-year-old man guilty of two murders over the killings of a 27-year-old man and 25-year-old woman in Perno, a western neighbourhood of Turku, in April 2021, reports YLE.

The defendant was not sentenced on grounds that he was found not responsible for his actions in a forensic psychological evaluation.

He had confessed to the killings in court but denied their alleged premeditated nature.

The district court ruled that the defendant is liable for over 100,000 euros in compensation to the victims and their family members. The prosecution was demanding that he be sentenced to life in prison for two murders, three attempted murders, firearms offence, narcotics offences and drink-driving.

A resident of Kouvola, Kymenlaakso, the man arrived at the block of flats where the offences took place in the early hours of 3 April.

Also two other people were in the flat at the time of the shooting, but they suffered no physical injuries.

No single definitive motive for the homicides was found in the pre-trial investigation, but one of the reasons may have been an argument between the perpetrator and the 27-year-old male victim over roughly 20 euros in gas money.