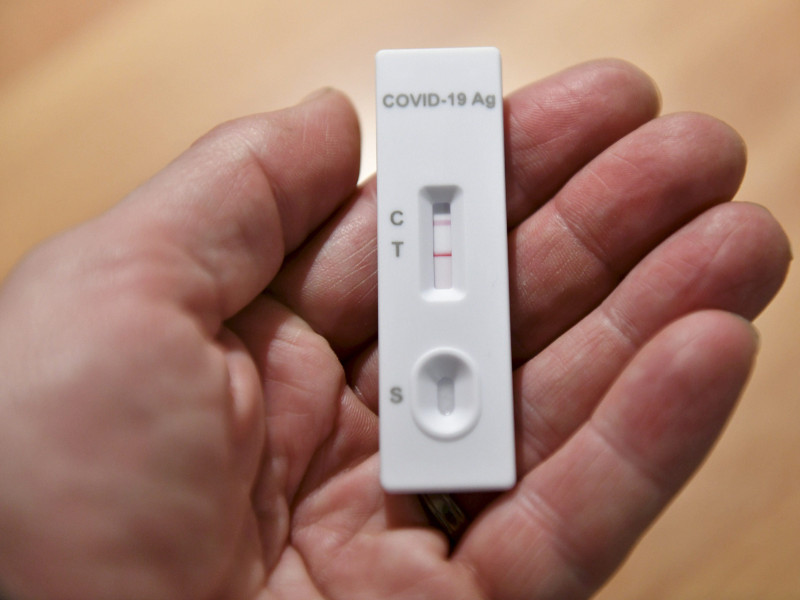 Part of the reasoning for the decision is that positive results from at-home tests are not reported to infectious diseases physicians in the first place. (Heikki Saukkomaa – Lehtikuva)

DIFFERENT PARTS of Finland have all but suspended the issuance of isolation orders under the communicable diseases act to people who test positive for Covid-19, reports Helsingin Sanomat.

Such people are instead instructed to voluntarily avoid contact to others and take a sick leave similarly to in the case of any other sickness in more than a dozen municipalities in the capital region, including Espoo, Helsinki and Vantaa.

“The omicron variant causes a significant number of infections already before the onset of symptoms and, given the delays in accessing sample collection, the majority of further infections have already occurred when the test results are reported to infectious disease physicians,” reads a joint press release put out by the City of Helsinki.

“In such circumstances, there are no grounds for placing a person into isolation in order to prevent further infections. Infections detected with at-home tests are not reported to infectious diseases officials in the first place.”

The approach will be adopted gradually as of Friday, 21 January, not only in Espoo, Helsinki and Vantaa, but also in Hyvinkää, Järvenpää, Kauniainen, Kerava, Mäntsälä, Nurmijärvi, Pornainen, Porvoo, Sipoo and Tuusula. A similar decision has or is about to be made in the coming days also in Central Finland, Pirkanmaa, North Ostrobothnia, Northern Savonia and Turku.

The municipalities are thereby scrapping isolation decisions made under the communicable diseases act as the primary proof of a coronavirus infection.

The City of Helsinki underlined in the press release that it is crucial that everyone with respiratory symptoms can be absent from work without being concerned about loss of income. The need to compensate for the loss of income, it added, does not constitute grounds for ordering a person into isolation.

“Employers do not have the right to demand an isolation decision from an employee. Other measures should be taken to compensate for loss of income. The alternative practices may include ordinary sickness allowance practices or the expanded right of employees to be absent from work at their own notice.”

The isolation orders will be issued only in circumstances where such administrative decisions are genuinely effective at preventing further infections.

Municipalities in the capital region announced earlier this month they have suspended large-scale quarantine and tracing efforts. A quarantine refers to an order by an infectious diseases physician to isolate a person who has been exposed to the virus from others. An isolation, meanwhile, refers to the isolation of an infected person from healthy people.

Almost 55,000 new coronavirus infections were detected in the seven days leading up to Thursday, 20 January, according to the Finnish Institute for Health and Welfare (THL) and Ministry of Social Affairs and Health. The number represents a decrease of 2,400 from the previous seven-day period.