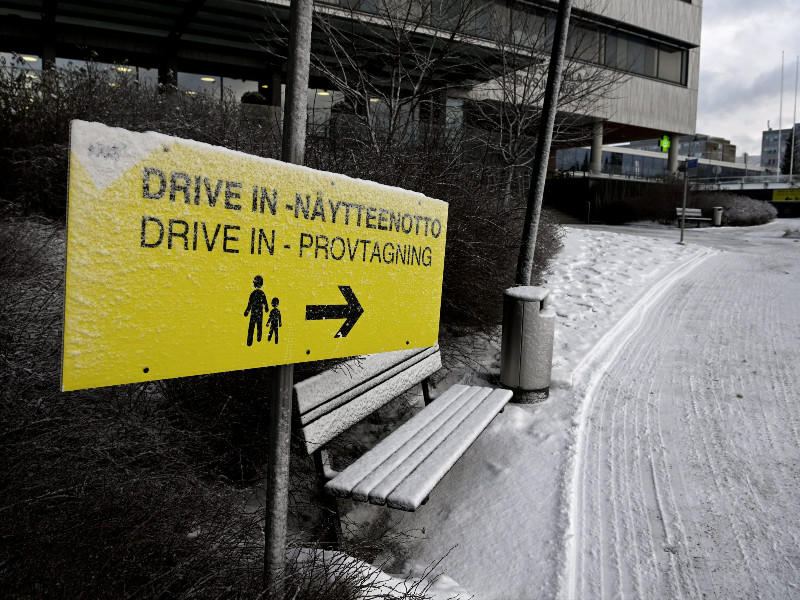 THE FINNISH INSTITUTE for Health and Welfare (THL) on Tuesday estimated that if the government commissions the emergency powers act, the powers afforded under the act should remain at its disposal until 31 March 2022.

The commissioning decree, it said, should remain in effect that long to preserve the ability to safeguard the service system in an exacerbating epidemiological situation.

“It is epidemiologically justified to decree about commissioning the powers for the entire country,” it viewed in a statement presented to the government on Tuesday.

Prime Minister Sanna Marin (SDP) stated yesterday as the government convened to weigh up its response to the epidemiological situation that she was no aware of a single proposal to invoke the emergency powers act. The government will mull over the issue at the request of hospital districts in circumstances where hospitals are struggling to perform their responsibilities, according to Helsingin Sanomat.

THL estimated that it would be key to commission sections that enable adjusting staffing requirements and the time limits set for access to non-urgent care.

It also estimated that it remains necessary to uphold restrictions on high-risk events at least until the strain the epidemic is placing on hospitals begins to decline clearly.

Some of the other restrictions should contrastively be re-considered: Internal border controls are not justified in the current situation given the almost non-existent impact of travellers. The test, isolate, trace and treat approach set forth in the hybrid strategy is similarly no longer capable of slowing down the spread of infections in large parts of Finland.

The latter should be replaced with tests conducted on medical grounds and strong public recommendations for voluntary isolation at home immediately at the onset of respiratory symptoms. The family members of an infected person, in turn, should avoid contact outside the home as much as possible until the risk of transmission has abated.

“Significantly slowing down [the spread of the omicron] would require that contacts be limited harshly across the population. The benefits of such measures are not unequivocal however,” noted Otto Helve, a chief physician at THL.

“As the epidemic drags on, the population’s vaccine protection begins to wane. The prolongation would not necessarily affect the demand for hospital care, but it would balance it over a longer period of time.”

Efforts to manage the epidemic should have three focal points, according to THL: promoting and speeding up vaccinations, recommending voluntary isolation at the onset of symptoms, and limiting high-risk situations among the adult population until the risk of overburdening the hospital system has disappeared.

THL on Tuesday viewed that the current wave of infections could reach its peak at the turn of January and February. The weekly number of hospitalisations could peak at 900–1,300 and average at 400–700 during the 12-week wave.

Although the omicron variant appears to put a significantly smaller strain on intensive care resources appears than earlier variants, the statistics remain associated with considerable uncertainties due to lack of assessments in the prevalent situation, it reminded.

While the third vaccine injections have yet to dent the incidence of the omicron variant, vaccines continue to offer sound protection against severe forms of the coronavirus disease, according to THL.

“In regards to preventing hospitalisations, the vaccine-induced protection of the population can potentially be improved significantly by vaccinating unvaccinated adults and administering third injections to the elderly and members of risk groups,” its statement reads.

The high number of people who remain susceptible to the infection, coupled with the transmissibility of the omicron, suggests that variant will spread through the population more likely in a couple of weeks than a couple of months. THL estimated that, irrespective of restrictions and recommendations, the variant will go through 80 per cent of 11–69-year-olds and 60 per cent of other age groups in Finland.