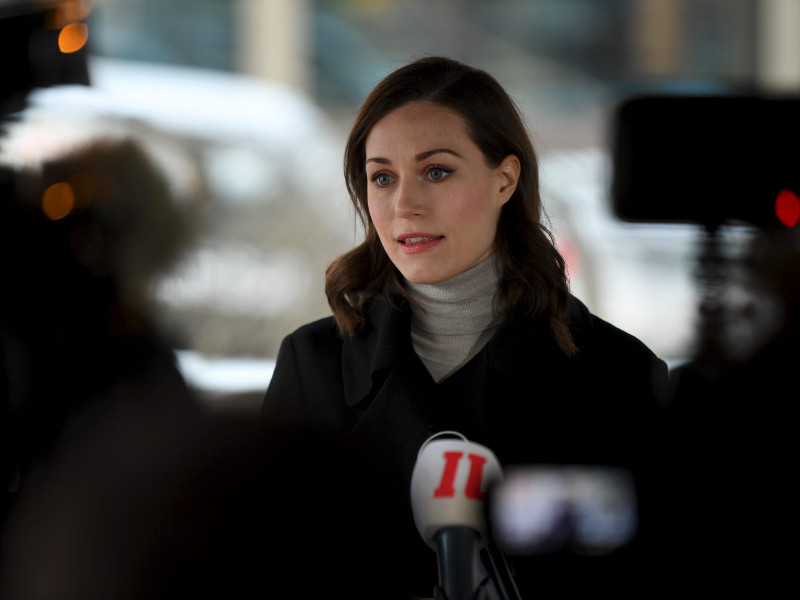 Prime Minister Sanna Marin (SDP) spoke to reporters outside the House of the Estates in Helsinki on Tuesday, 18 January 2022. (Antti Aimo-Koivisto – Lehtikuva)

THE FINNISH GOVERNMENT on Tuesday concluded in its strategy meeting that the current coronavirus restrictions should largely be extended until mid-February.

“The exception to this is restrictions targeted at children and young people. Higher education institutions could similarly shift to hybrid models of instruction,” Prime Minister Sanna Marin (SDP) stated at the House of the Estates in Helsinki on Tuesday.

The government is intent on extending the restrictions on restaurants and recommending that regional state administrative agencies extend the restrictions imposed on public events, sports and exercise facilities, and other public spaces, with a view to lifting them and re-adopting the coronavirus passport in mid-February.

“But the situation can still change, and it’s good to acknowledge that.”

The government is thus investigating whether negative test result could be removed from the eligibility criteria to make the passport available only to people who have been fully vaccinated or recovered recently from the coronavirus disease. The re-design may entail some legal challenges, reminded Marin.

She also announced the government decided to update the testing and tracing strategy and uphold internal border controls until the end of January. There is presently no need to invoke the emergency powers act, however.

“It’s completely understandable that some areas with a high number of infections have moved away from tracing,” she said.

Marin said she is monitoring developments abroad with great interest. “The British situation is something we’re following particularly closely because hospitalisations there have started to decline even though the situation has been bad. International comparison is something at least I’m monitoring with interest and waiting for new information.”

“My thinking is that we’ll likely have to extend the current restrictions beyond the end of January. But for how long is something we’ll discuss. We’re seeing that these restrictions aren’t as effective against the omicron variant than earlier variants.”

Helsingin Sanomat on Tuesday highlighted that the prime minister announced the meeting only two days after the idea of a strategic re-think was dismissed as premature by Kirsi Varhila, the permanent secretary at the Ministry of Social Affairs and Health.