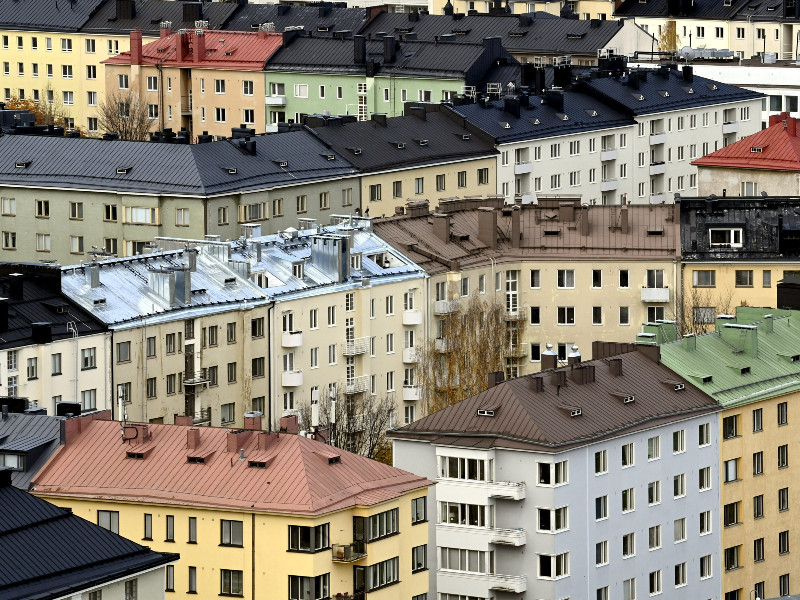 The rooftops of blocks of flats in Töölö, Helsinki, on 12 October 2021. (Jussi Nukari – Lehtikuva)

DECEMBER was unusually busy for the sales of old houses in spite of the number of houses on the market being exceptionally low, tells Kiinteistömaailma.

The Finnish real estate agency reported at the beginning of the month that it brokered a total of 940 sales of old houses last month, signalling its highest ever total for December. The sales of new houses, by contrast, were roughly 50 per cent lower than in December 2020.

Kiinteistömaailma highlighted in its press release that the number of available houses is presently unusually low, with the exception of studios in blocks of flats.

The number of houses on the market was markedly lower than before the pandemic in most cities and towns in Finland.

The number had dropped by 28 per cent in Oulu, 23 per cent in Kuopio and Lahti, 22 per cent in Espoo, Tampere and Turku, 15 per cent in Jyväskylä and 6 per cent in Vantaa. Helsinki was the main exception, with the number of houses on the market jumping by 17 per cent between November 2019 and November 2021. The jump, though, was largely attributable to the availability of studios.