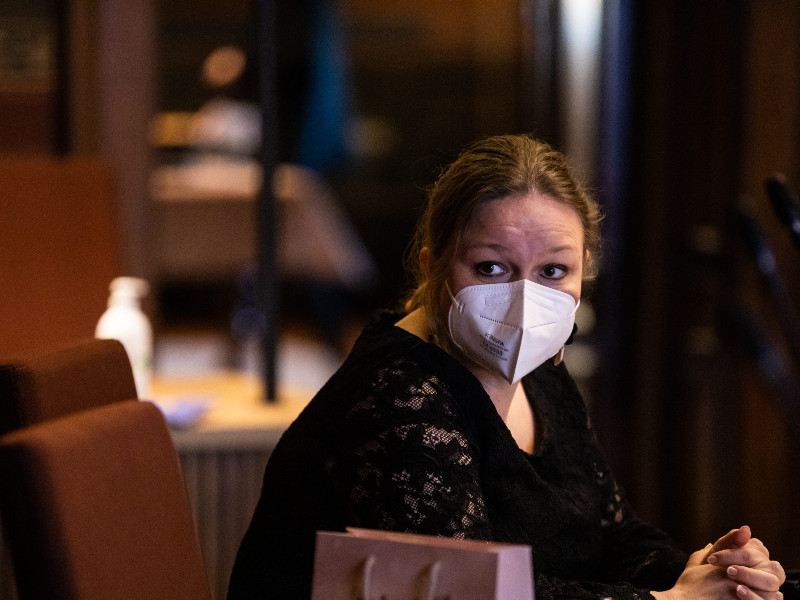 Minister of Family Affairs and Social Services Krista Kiuru (SDP) was photographed at a meeting of the government task force responsible for tackling the coronavirus epidemic in the House of the Estates in Helsinki on Thursday, 7 January 2022. (Handout / Stina Virkamäki – Office of the Prime Minister)

MINISTER of Family Affairs and Social Services Krista Kiuru (SDP) on Friday announced the government has decided against issuing a recommendation that regional authorities shift to remote instruction on a broad basis.

The decision, she told, was made in accordance with the views of the Finnish Institute for Health and Welfare (THL).

The government will instead seek to enhance health safety in schools by promoting mask use and offering school children two self-tests a week, with the possibility to ramp up the frequency of self-testing to three to five times a week in circumstances where several infections are detected in a teaching group.

In challenging epidemiological situations, entire classes could be ordered into quarantine on grounds of even a single infection.

Kiuru and the Ministry of Social Affairs and Health had campaigned vocally and publicly for suspending in-person teaching, drawing criticism from infectious diseases experts and both regional and national decision-makers.

“It would’ve been preferable not to have these debates in public but to first review them within the government before coming out with a single message. Now this has caused unnecessary confusion to families and schools about whether schools will start in in-person teaching. This should’ve been handled better,” Prime Minister Sanna Marin (SDP) stated to Helsingin Sanomat on Saturday.

“[The Ministry of Social Affairs and Health] naturally has a responsibility and obligation to make proposals it deems necessary. Where it failed was that the debate was had in public rather than within the government.”

Otto Helve, a chief physician at THL, told Helsingin Sanomat on Friday that shifting to remote instruction would not be justified from an epidemiological perspective.

Kiuru on Friday stressed at the House of the Estates that additional measures are required to safeguard the capacity of regional health care systems, saying the government is proposing that the current restrictions be extended at least until the end of January.

“The government is advising regions to adopt all restrictions in [section] 58 of the communicable diseases act – effectively to shut down indoor facilities,” she stated.

In Uusimaa, for example, indoor public events have been prohibited and sports and exercise facilities shut down. A major change from the current situation is that the government is proposing that the facilities be closed also for children and young people, as the facilities have remained open for people born after 2003.

The government is also recommending that no more than five people from outside the household be invited to indoor private events.

“Everyone is for their part responsible for how we deal with this epidemiological situation,” underscored Kiuru. “Reducing contacts is the responsibility of each and every Finn.”

She also revealed that the government will issue a decree as soon as possible to limit the opening hours of restaurants until 6pm. Restaurants primarily selling food have thus far been allowed to use the coronavirus passport to stay open until 8pm.

The Regional State Administrative Agency (AVI) for Southern Finland will make its decisions on the recommendations at the end of this week, with the possible restrictions entering into force a week later, Kristiina Poikajärvi of AVI for Southern Finland, told Helsingin Sanomat on Saturday.

The measures were met with scepticism by experts.

Asko Järvinen, the chief physician of infectious diseases at the Hospital District of Helsinki and Uusimaa (HUS), pointed out that the government task force in charge of tackling the coronavirus epidemic is mostly commenting on matters that fall within the purview of regional administrations, rather than the central administration.

“As a citizen, I’m wondering why the government is spending so much time mulling over things that are done regionally and are possibly already subject to national decisions. The government should mull over measures that aren’t available to regional authorities and require legislative measures,” he argued to STT on Sunday.

The government should have, for example, commented on matters that have emerged as contact tracing efforts falter.

“Compensation for sick leaves and self-reported [sickness] absences are matters that regional authorities can’t comment on,” he said.

“If you adopt this kind of biding quarantine order, national instructions already exist. They state that the physician decides whether or not the criteria are met for the individual,” she said to the news agency.

Järvinen added that school quarantines are ineffective because of the delays in testing and lack of resources for contact tracing. When the quarantine order is finally issued, he explained, the infections have already spread further.