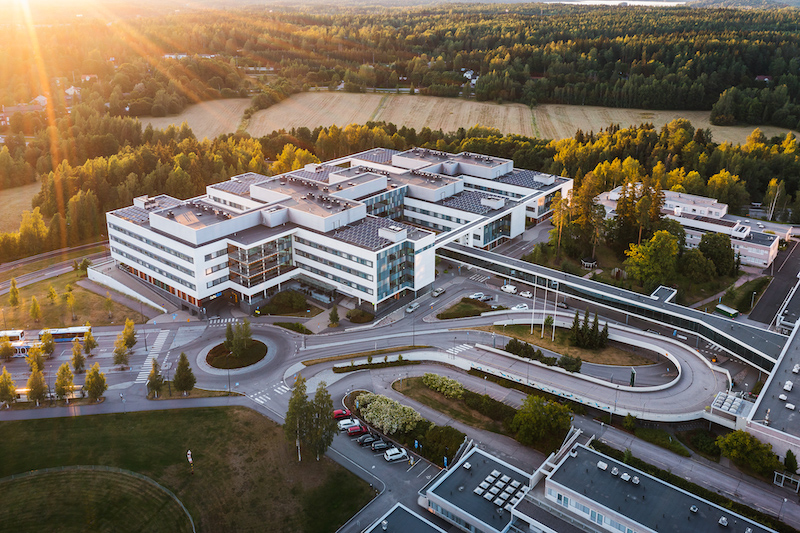 The City of Espoo will sell the Espoo Hospital property at Karvasmäentie 6 to LähiTapiola Yhteiskuntakiinteistöt Suomi Ky, subject to approval by the City Board. Photo: Kuvatoimisto Kuvio Oy

Due to the implementation of the health and social services reform, the City of Espoo has prepared the sale of the Espoo Hospital property to LähiTapiola Yhteiskuntakiinteistöt Suomi Ky. The bill of sale has been signed conditionally and the transaction will be completed if approved by the Espoo City Board. The City Board will discuss the matter at its meeting on 10 January.

The preparation of the sale of Espoo Hospital's stock was mainly carried out during autumn 2021. The requirement of the sale was that the new owner must have a local administration in Finland. Ten bids were received, six of which made it to the second round.

There was also a great deal of international interest in the property. The domestic investment fund with a broad ownership base fared well in the face of fierce international competition. The investors of LähiTapiola Yhteiskuntakiinteistöt Suomi Ky are Keva, LähiTapiola, the State Pension Fund of Finland, the Church Pension Fund and Eläkekassa Verso.

The unencumbered purchase price of the shares is 295 million euros. In the transaction, the new owner would take over the company that owns the building with a leasehold right.

In 2023, the lease will be transferred to the Western Uusimaa wellbeing services county

The City of Espoo's Premises Department has prepared a lease agreement with LähiTapiola Yhteiskuntakiinteistöt Suomi Ky for the premises of Espoo Hospital, provided that the deal goes through. If the deal goes through, the Premises Department will continue to rent the premises for the use of the Welfare and Health Sector. From the beginning of 2023, when the responsibility for organising social services and healthcare will be transferred from the municipalities to the wellbeing services counties as a result of the health and social services reform, the lease will be transferred to the Western Uusimaa wellbeing services county.

The lease is for 20 years, after which the lessee has the option to renew the lease three times in five-year periods.

The lessor will be responsible for renovations and renewals, with the exception of equipment related to the hospital operations on the property. The transaction will not lead to any changes in the operations of Espoo Hospital, which will continue as before. The Premises Department is responsible for the maintenance of the hospital with the existing contract suppliers.

The premises rented by the Premises Department account for around 80% of the rentable floor area of the site. The other lessees are HUS Facilities Center, Jorvin apteekki and R-kioski