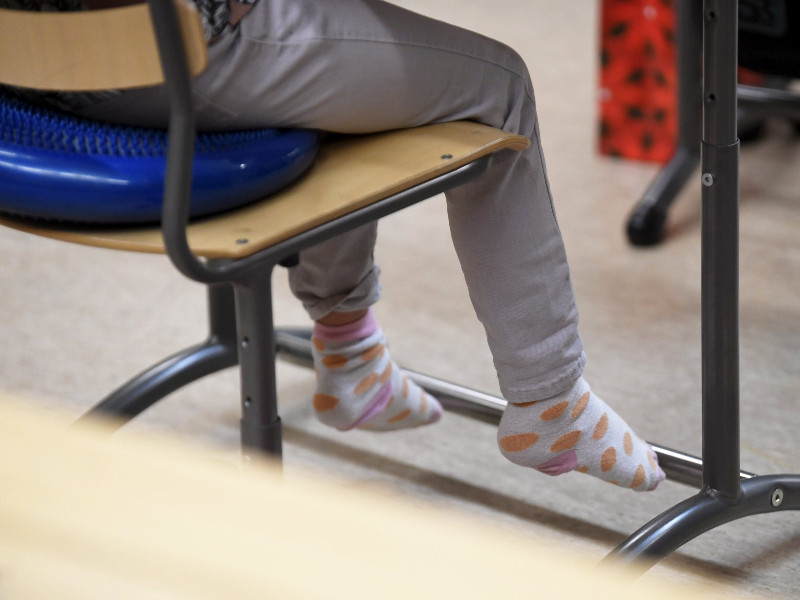 A pupil in the classroom in Helsinki on 7 January 2021. The Finnish government is today expected to decide whether primary school pupils will return to the classroom after the holidays, on 10 January 2022. (Vesa Moilanen – Lehtikuva)

THE NOTION of starting the spring term in remote instruction has come under heavy criticism from experts and lawmakers alike.

Kirsi Varhila, the permanent secretary at the Ministry of Social Affairs and Health, on Thursday confirmed to Helsingin Sanomat that the ministry is proposing that fourth-graders and older begin the term in remote instruction.

“The law guarantees in-person teaching in pre-school, grades one to three and special-needs education, and we have no plans to propose that they be moved to remote instruction,” she messaged to the newspaper, declining to shed further light on the content of the proposal.

The shift to remote instruction will be on the agenda as cabinet members in charge of managing the coronavirus epidemic convene at 2pm on Friday, according to Helsingin Sanomat.

Many Finnish municipalities are to start the spring term on Monday, 10 January.

YLE on Thursday highlighted that several cabinet members have rejected the notion of transitioning to remote instruction. Minister of Finance Annika Saarikko (Centre) wrote in an e-mail to the public broadcasting company that the government must exhaust all other options, such as masks and systematic self-testing, before formally recommending remote instruction.

“In-person teaching also makes it possible to organise children’s vaccinations in a way that is effective and doesn’t inconvenience families,” she said.

“I don’t think it’s good that the ministry is trying to steer coronavirus measures through public.”

Minister of Education Li Andersson (LA) reiterated that it would be unsustainable if bars and restaurants are allowed to stay open while children are not allowed into schools – even if they have been fully vaccinated.

“The problems associated with remote teaching have been studied. Many countries have decided to rather safeguard health security in schools and make local decisions than take action by sending all pupils nationwide home,” she said.

The Swedish People’s Party is similarly opposed to shifting to remote instruction, said Minister of Justice Anna-Maja Henriksson (SFP). The Finnish Institute for Health and Welfare (THL), she reminded, has stated that it is important that children return to the classroom after the winter holidays.

“We don’t want to increase the detrimental effects on children.”

A group of infectious diseases experts expressed their doubts about the proposal in an open letter published on Thursday, according to Helsingin Sanomat. Closing schools, they argued, would not inhibit the spread of the new coronavirus.

“The Covid-19 epidemic is spreading in Finland. The infection can be caught anywhere. Even if schools were closed, infections would not dry up. Even if Finland was completely closed, even if a curfew was instituted, the coronavirus would be there waiting for contacts to resume,” they estimated.

“Stopping or suspending in-person instruction would be not only useless, but also immoderate for children, because children almost without exception only develop mild symptoms from a coronavirus infection.”

Signed by numerous infectious diseases physicians and officials from large cities and hospital district in Finland, the open letter was presented to the Ministry of Education and Ministry of Social Affairs and Health.

The Trade Union of Education (OAJ) has voiced its support for remote teaching, stressing that a decision on the issue is needed no later than today.

The remote-teaching period should also be utilised to make sure the eventual return to classrooms is as safe as possible. “This means that every member of the teaching staff has had the chance to get the third vaccine dose and that massive progress has been made with children’s vaccinations,” outlined Olli Luukkainen, the chairperson at OAJ.