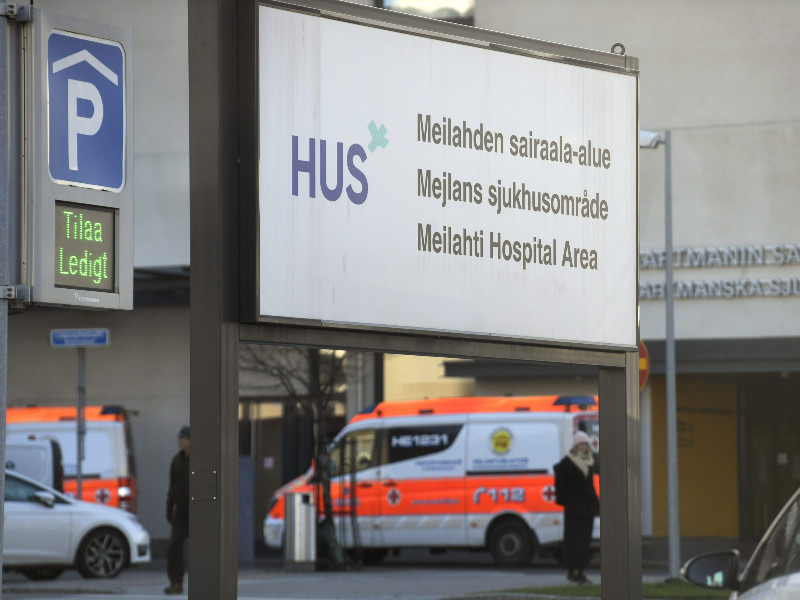 The Hospital District of Helsinki and Uusimaa (HUS) had 19 patients with the coronavirus disease in intensive care on Sunday, 2 January 2022. (Vesa Moilanen – Lehtikuva)

THE RECENT SURGE in coronavirus infections has yet to put a massive strain on intensive care capacity in Finland, report YLE and Helsingin Sanomat.

The Hospital District of Helsinki and Uusimaa (HUS) on Sunday had a total of 99 coronavirus patients in hospital care, including 19 in intensive care, Asko Järvinen, the chief physician of infectious diseases at HUS, revealed to Helsingin Sanomat.

“The number may go over 100, but this is less than we feared. It’s looking like vaccine protection is holding up,” he said.

Stepani Bendel, the chief physician of intensive care at Kuopio Central Hospital, reminded YLE that it remains premature to tell how the infections from recent days will impact the hospital system given the time between infection and hospitalisation.

“Those who’ve now caught the infection, their possible intensive care won’t be visible until much later,” he said.

The total number of patients in intensive care stood at 54 in Finland on Saturday. Although the number has exceeded what has been considered the critical limit of 50, accounting for roughly a quarter of total intensive care capacity, the main concern has not been the capacity itself but rather the availability of staff, said Bendel.

In Helsinki and Uusimaa, the number of infections doubled between 20 and 26 December. The situation has not worsened as much as feared because the vaccine uptake has continued to rise steadily and the omicron variant appears not to cause severe forms of the disease, according to Järvinen.

“Thank God most of the population has been vaccinated. If that wasn’t the case, we wouldn’t be treating anyone else besides coronavirus patients in hospitals in an epidemiological situation like this. I’m not sure if we’d even have places for all coronavirus patients,” he said to YLE.

Testing, however, has become a bottleneck in the capital regions, with wait times lengthening to nearly a week in Western Uusimaa.

“It’s clear that no amount of testing is enough when the disease is spreading at this clip,” said Järvinen.

Roughly 3,000 new infections were reported in the region on Saturday, with another 3,000 expected on Sunday, according to Helsingin Sanomat. The weekly infection total will thus be around 20,000, meaning hundreds of thousands of exposures. Over one-third (35%) of the tests are currently coming back positive.

“It’s probably because people have done a self-test first. We don’t know how many people can’t get tested or can’t bother waiting,” he told. “We’re talking about numbers that our testing and tracing systems can’t handle. We just have to hope that vaccine protection holds up.”

Hospitals in Finland have also found indications that coronavirus patients are spending less time in hospitals. While the number of hospitalised patients increased in Helsinki and Uusimaa after Christmas, some of the patients were sent home as soon as on Saturday.

“If our database is accurate, it could suggest that people are spending less time in hospitals,” said Järvinen.