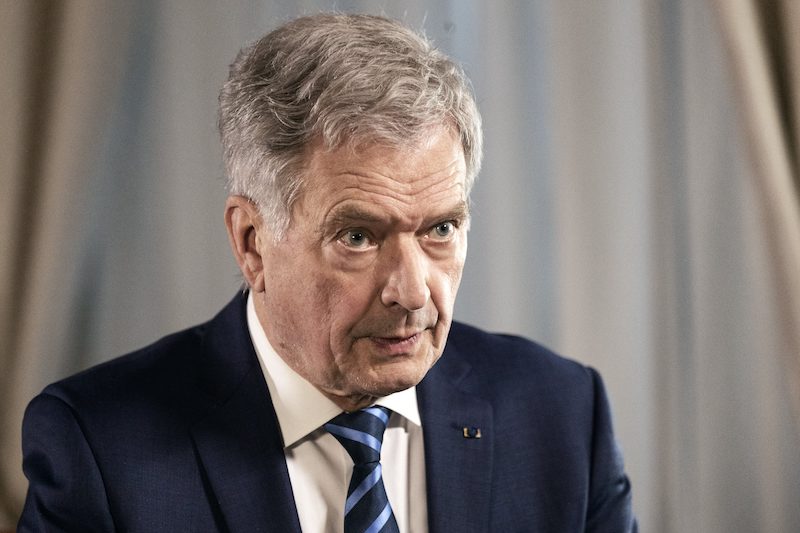 Finnish President Sauli Niinisto said on Saturday that Europe should not be merely listening to Russia and NATO discussing a new security architecture for Europe, which he said was in conflict with the current order.

"We must ... be careful about what is being talked about and with whom. Many Europeans have asked, and not for the first time: are we being discussed without us being included?" he said in a message on New Year's Day.

He argued proposals that Russia gave to the United States and NATO in December to ensure that the alliance did not expand eastward or place mid-range nuclear weapons on its border were "in conflict with the European security order" and challenged Finland's sovereignty.

"The sovereignty of several Member States, also Sweden and Finland, has been challenged from outside the Union. This makes the EU an involved party. The EU must not settle merely with the role of a technical coordinator of sanctions," Niinisto said.

Senior Russian and US diplomats will sit down for a strategic stability dialogue in Geneva on January 10 to discuss new security guarantees that Russia demanded amid tensions over Ukraine. The bilateral talks will be followed by a NATO-Russia Council meeting in Brussels on January 12.