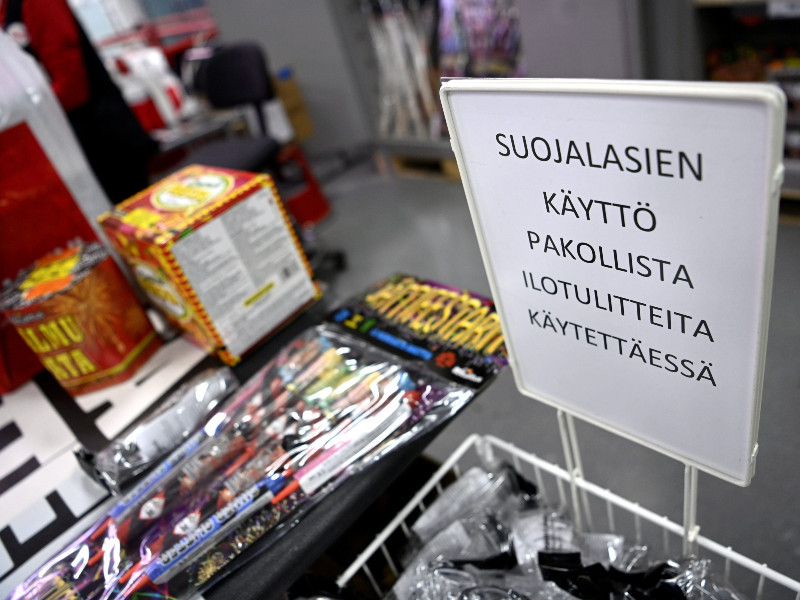 Fireworks were added to the selection of Tokmanni in Ruoholahti, Helsinki, on Monday, 27 December 2021. (Antti Aimo-Koivisto – Lehtikuva)

THE COVID-19 PANDEMIC continues to cast a shadow over end-of-year celebrations in the Finnish capital region, reports Helsingin Sanomat.

The City of Helsinki on Monday stated that it has divided its large fireworks show into a handful of smaller shows and fire the fireworks higher than usual in order to enable as many local as possible to take in the spectacle relatively close to their home.

The city is also recommending that people refrain from firing their own fireworks and instead take in the public shows to reduce waste, noise and needless injuries. The fireworks will be fired from Malmi, Tervasaari and Töölö Bay.

People who nonetheless wish to fire their own fireworks can do so in places where it has not been prohibited between 6pm on 31 December and 2am on 1 January. The City of Helsinki Rescue Services has again prohibited the firing of fireworks in certain downtown districts, parks and the surroundings of stations and suburban shopping centres.

A complete list of areas where fireworks are prohibited can be found on the website of the City of Helsinki.

The majority of other events, meanwhile, have either been moved online or cancelled altogether. Restaurants will close their doors early in accordance with the latest restrictions and, although private celebrations have not been explicitly prohibited, locals have been encouraged to limit the number of contacts on New Year’s Eve.