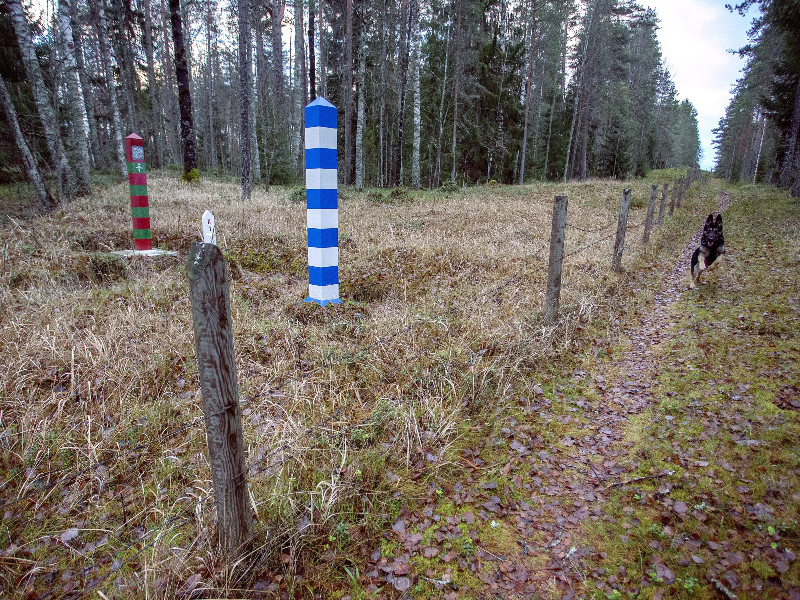 The border zone between Finland and Russia in Imatra on 19 November 2021. Over a third of Finns are supportive of the idea of reinforcing the border with, for example, fences, reveals a survey by Helsingin Sanomat. (Lauri Heino – Lehtikuva)

THE MAJORITY of Finns would be ready to temporarily suspend the receipt of asylum applications in circumstances where the applicants are utilised as a weapon in a hybrid campaign against Finland, reveals a survey commissioned by Helsingin Sanomat.

Nearly two-thirds (63%) of the respondents viewed that the receipt of applications could be suspended in the said circumstance irrespective of the international treaties signed by Finland.

The responses varied significantly by political affiliation, according to the daily newspaper.

Suspending the receipt of asylum applications if the country is faced with a hybrid campaign received the majority backing from supporters of the Finns Party, National Coalition, Centre Party and Social Democrats. The share of respondents who approved of the move was roughly a quarter among supporters of the Green League and Left Alliance.

The question stems to an ongoing crisis at the border between Belarus and the EU. Belarus has pushed thousands migrants to the border in protest of sanctions imposed on it last year by the European Union, a move that was described as a hybrid attack by President of the European Commission Ursula von der Leyen.

Finnish opposition parties demanded last autumn that the government amend the legislation to prepare for the possibility that similar tactics are employed against Finland.

The survey also canvassed views about building obstacles, such as fences, along the eastern border of Finland. More than a third of the respondents voiced their support for and 45 per cent their opposition to the idea.

The respondents were also asked if long-time residents who have been denied asylum be should granted a temporary residence permit if they cannot be returned to their country of origin.

Officials at the Ministry of the Interior have weighed up the possibility of granting residence permits based on long-time residence as a solution to the situation of people who have lived in the country illegally for a long time. The majority of such people originally entered the country as asylum applicants, according to Helsingin Sanomat.

Nearly a half of the respondents stated that the permits should not be granted and 38 per cent that they should be granted. About one in seven had no opinion on the issue.

Kantar TNS interviewed 1,062 people for the survey over a five-day period in mid-December.