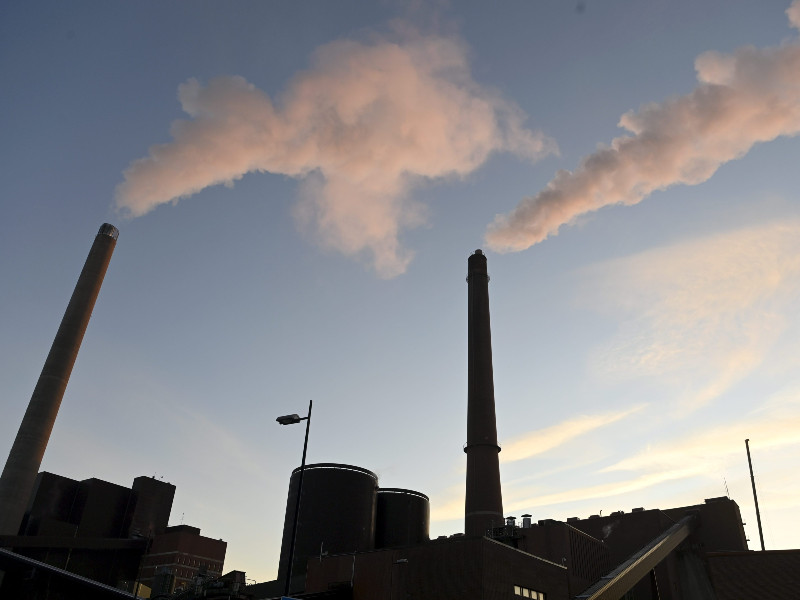 Smoke rose from the smokestacks of the coal-fired combined heat and power plant in Salmisaari, Helsinki, on 8 December 2021. (Antti Aimo-Koivisto – Lehtikuva)

HELEN, the energy utility owned by the City of Helsinki, has announced it will accelerate its transition to carbon-neutral energy production by shutting down its coal-fired power plant in Salmisaari, Helsinki, by 1 April 2024.

The decision enables the energy company to end the use of coal five years ahead of schedule, given the closure of its other coal-fired combined heat and energy plant, in Hanasaari, by 1 April 2023.

Helen on Tuesday stated in a press release that is is gradually transitioning to distributed heat generation where heat is generated, captured and stored at a number of sites in a way that is emission free, renewable and secure.

“At Helen, this work has gone on for years,” highlighted Juha-Pekka Weckström, the chief executive officer of Helen. “Our emissions have been on a downward trajectory for quite some time. With the use of coal ending also in Salmisaari, it will significantly reduce carbon dioxide emissions for Helen and Finland.”

Osmo Soininvaara, the board chairperson at Helen, pointed out that the two plant closures will result in a drop of roughly five per cent in the carbon dioxide emissions of Finland.

The energy company has prepared its transition to a distributed heat and energy system for years.

As its decision to accelerate the transition has an effect on its staff and competency requirements, the company conducted consultative negotiations with slightly more than 400 employees while assessing the future of the plant in Salmisaari, a western neighbourhood of Helsinki. The number of staff under the threat of termination is presently estimated at 288.

The possible terminations will be carried out over the next four years while the company continues to prepare to de-commission the two plants.

Helen said it and employee representatives have agreed on a transition security scheme that includes measures linked to training, re-assignment and re-employment.