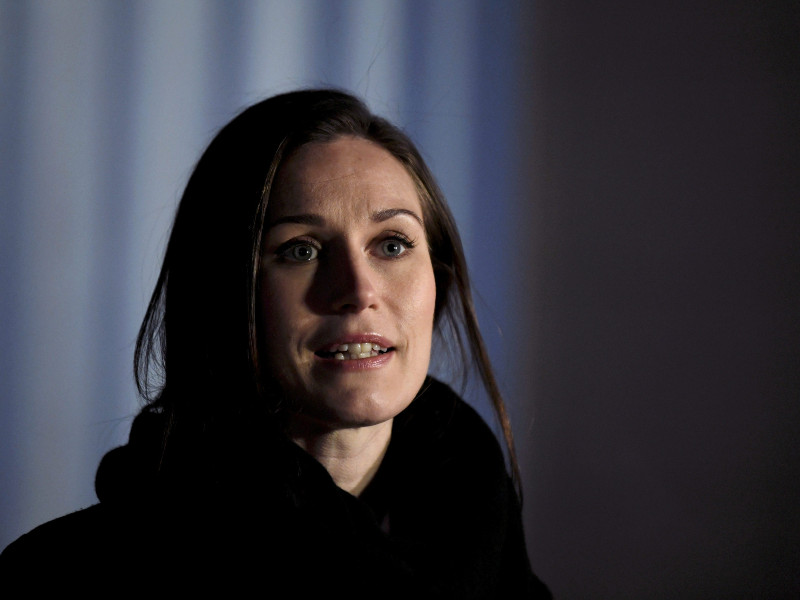 Prime Minister Sanna Marin (SDP) spoke to the media before the government convened to re-examine the coronavirus situation at the House of the Estates in Helsinki on Tuesday. No options should be off the table, she stressed, and the government must treat the situation seriously and act accordingly. (Markku Ulander – Lehtikuva)

THE GOVERNMENT on Tuesday decided to significantly scale up restrictions on the restaurant industry, report YLE and Helsingin Sanomat.

Prime Minister Sanna Marin (SDP) commented briefly on the decisions at the steps of the House of the Estates in Helsinki, saying restaurants will be required to stop serving alcohol by 9pm and close their doors by 10pm as of Christmas Eve.

The restrictions on opening and serving hours will apply to all restaurants, regardless of whether they have adopted the coronavirus passport.

The passport will remain a means to circumvent restrictions for low-risk facilities such as the indoor facilities of individual sports and exercise, public saunas and the pool areas of spas and swimming pools, and the changing rooms located adjacent to them. Regional authorities, however, have the ability to impose stricter restrictions in spite of the assessment made by the government.

The restrictions on the restaurant industry will be ramped up further later during the holidays, with the government prescribing that restaurants engaging primarily in the sales of alcohol will have to stop serving by 5pm and close by 6pm as of 28 December. Restaurants will additionally be required to limit their capacity to 50 or 75 per cent of usual full capacity, depending on whether they engage primarily in the sales of alcohol or food.

The restrictions are to remain in effect for three weeks.

On 28 December, a negative pre-entry test will be adopted as a requirement for entering the country for passengers – except for Finnish citizens –  also from the European Union and Schengen Area.

The government is additionally recommending that higher education institutions transition to remote instruction but ruled that in-person instruction can continue in primary and upper-secondary education.

Further details on the restrictions are to be announced on Wednesday, 22 December.